In 2009, CASHMAN was contracted to conduct its first phase of maintenance dredging at the Bath Iron Works (BIW) dry-dock sinking basin. BIW is a major U.S. shipyard located on the Kennebec River and since its founding in 1884, has built private, commercial and military vessels, most of which have been ordered by the U.S. Navy. Part of General Dynamics Marine Systems, Bath Iron Works is a full-service shipyard specializing in the design, building and support of complex surface combatants for the U.S. Navy. The shipyard has built and designed battleships, frigates, cruisers and destroyers, including the Arleigh Burke class, which are currently among the world’s most advanced surface warships. 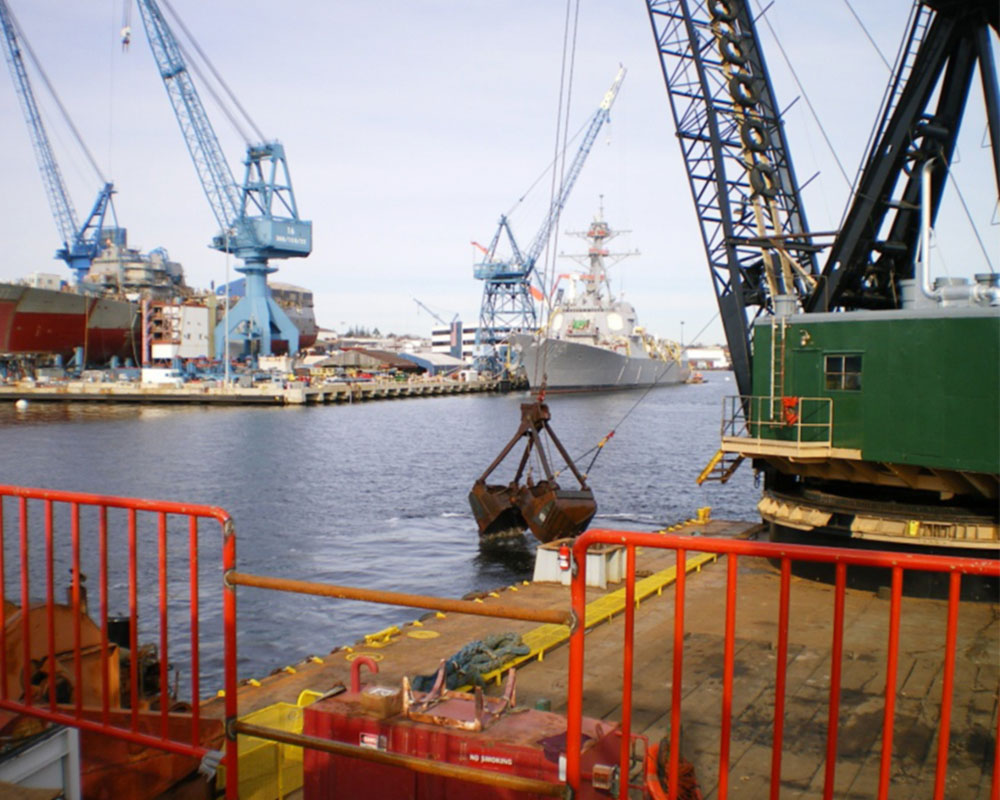 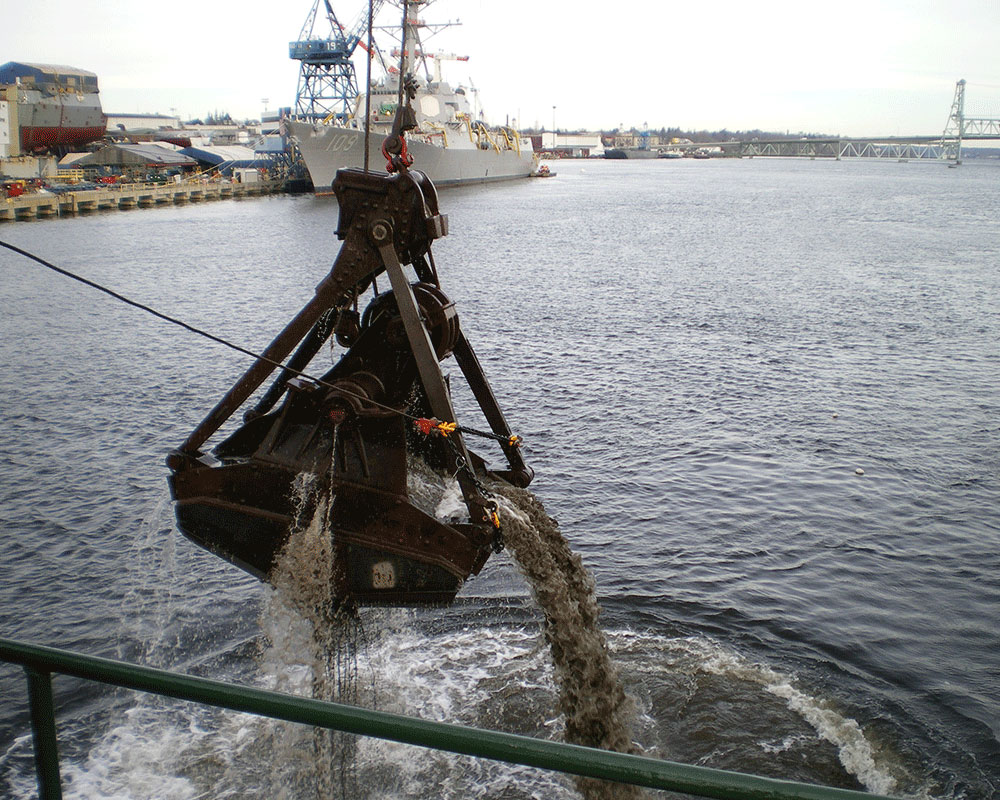 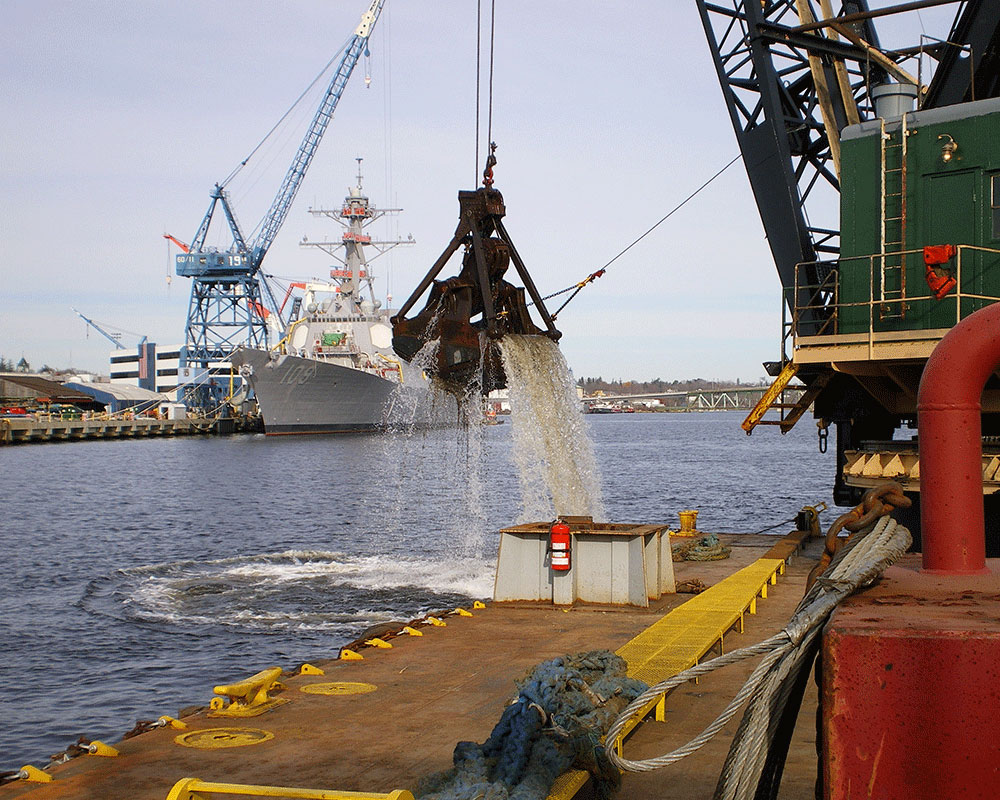