We first considered the opportunity to mine gold off the coast of Nome, Alaska in 2010. The initial idea required hefty capital investment. For that and other reasons, we tabled the discussion.

Fast forward to early 2012 when we revisited the project during a brainstorming session in Jay Cashman’s office. Clips from the TV show “Bering Sea Gold” were shared, and ideas began to flow. Under the guidance of Jay Cashman and Senior Vice President of Dredging Frank Belesimo, the project began to take shape.

The first thing we needed was a place to dig. We found partners and created a joint venture under the name Liberty Mining. A year of planning and searching for the appropriate dredge ensued. We ultimately chose our own dredge, the Jay Cashman, to be sent to Alaska once it finished work on the Dania Canal in Florida.

Sterling Equipment President Bobby DeCrescenzo found an inexpensive means to transport the equipment that worked with our schedule – on a Foss deck barge leaving Morgan City, La. en route for Seattle via the Panama Canal. The Sam M. push boat was towed to Florida where it met the Jay Cashman dredge.

The first step was to prepare the equipment for another heavy lift to remove it all from the Foss deck barge. Once this was done and everything was afloat, preparations to the Jay Cashman dredge were begun. To begin work, everything on deck was removed except for the excavator and spud winches.

Installations included: a four-point anchor system, a 10-inch pump, two new auxiliary generators below deck, and an entire wash plant system for catching gold, including another 400 kW generator to power it.

During the construction of the dredge in Seattle, we determined that the Sam M. pushboat was not the best boat to tow the Jay Cashman dredge to Nome. Another tug, the Patricia S., was purchased locally for the tow and tending in Nome.

The 84 ft. Patricia S. tug has 2,500 hp. and a model bow. The draft is shallow enough for the inner harbor at Nome yet is a big enough tug to make the 3,000-mile voyage to Alaska. The engines were freshly rebuilt, and the tug required very little preparation to make the trip.

The dredge left Seattle on July 13, 2013 for Nome. Every inch of the deck was covered with supplies, parts, equipment, and other necessities. The voyage took about three weeks, and it arrived on August 2, 2013.

There were still a couple of weeks of preparation to be done before the dredge could be ready to dig. Custom spud towers were fabricated and installed to lift the spuds from the top instead of running through the sheave at the bottom. This allowed us to repair the spud wire from above the water if a spud was stuck down, thus minimizing our exposure to bad weather.

A screening plant known as a wash plant is located in the center of the barge. This plant uses tried-and-true methods of gravity separation to extract gold from a slurry of material. The nature of gold, being so dense, makes this process easy.

The material is dumped into a receiving hopper and washed across a shaking screen while getting hit with a high-pressure spray system. The material that passes through the screen is then in a slurry and flows down a channel lined with a carpet that collects the gold.

The channel and carpet are known as a Sluice box. Only the heaviest materials remain in the carpet such as gold, various sands, and pebbles. From there, the carpets are removed and washed. The material that comes from the carpets, known as concentrate, then is brought ashore where it is processed further to a point of clean gold at a “finishing” facility.

Alaska is a wild place, and Nome is no exception. Remoteness and exposure of the area leave little room for mistake.  It was imperative to keep the systems simple and have plenty of spare parts available.

The conditions were so harsh that any complex parts were prone to break, and when they did, it seemed like it was a world away to fix.

Once we began digging, we quickly learned of new problem areas on the wash plant. Backups and clogs occurred, and we needed to address the design of the wash plant to improve digging efficiency. We added spray bars, redesigned grizzly bars, modified discharge chutes, and completed dozens of other changes to the screening plant. Making these changes took away from our effective digging time.

One setback we took as a team was when we snapped a cast iron housing that was an integral part of the pump. This specific part weighed several hundred pounds, and the closest replacement was over 6,000 miles away.

Luckily, we had a local contractor whom we grew to know as the “dredge doctor.” He is an incredible metal worker and he brazed the two pieces together with brass so we would have an operational unit while we waited for the replacement part to arrive.

As we look forward to another successful season in 2014, we will build on our achievements and lessons learned from the 2013 season.  Our crew built the largest barge-mounted gold dredge in North America successfully mobilized it over 11,000 miles to remote Alaska (a place no one had ever been to, much less worked in), labored extreme hours without any major safety issues, and returned home with countless stories to tell about life on the Bering Sea, the northern lights, and mining gold.

“I would like to extend my sincerest appreciation to the crew, who throughout constant challenges kept to their grind and were persistent and determined to get a difficult job done.” 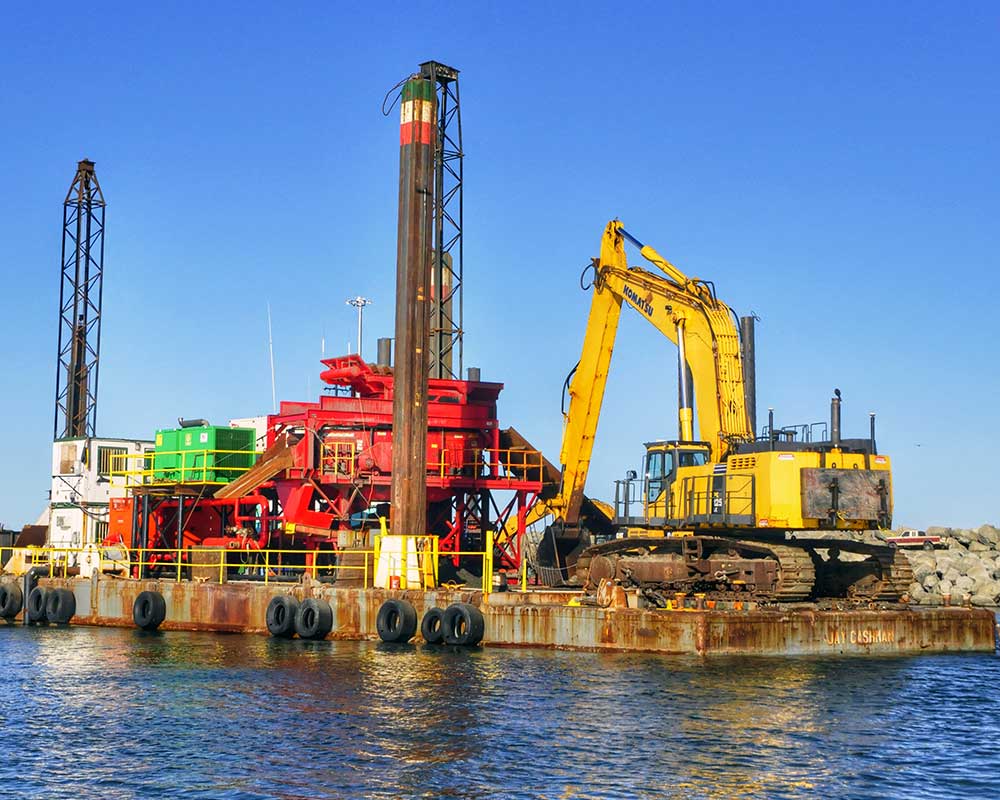 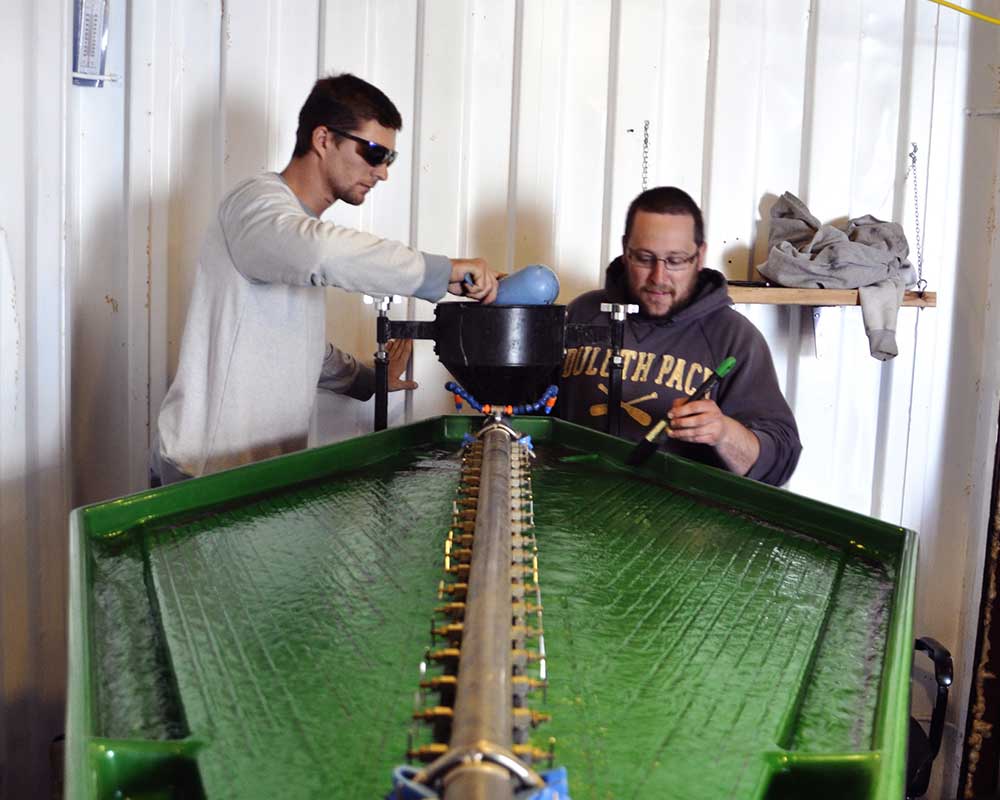 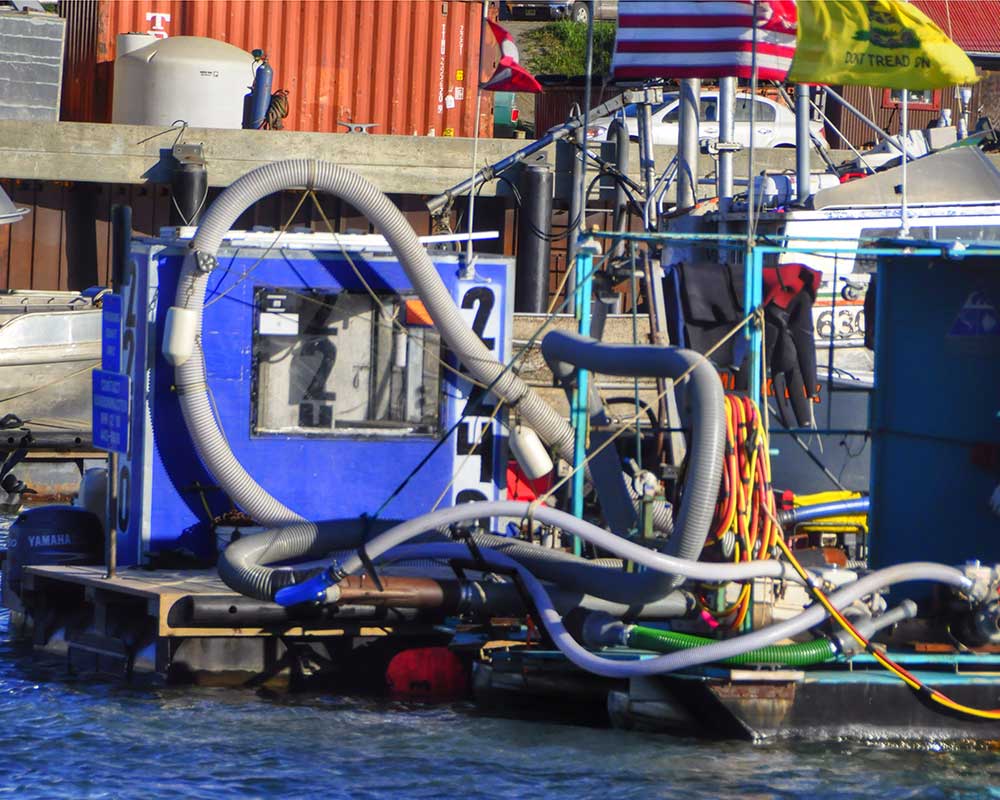 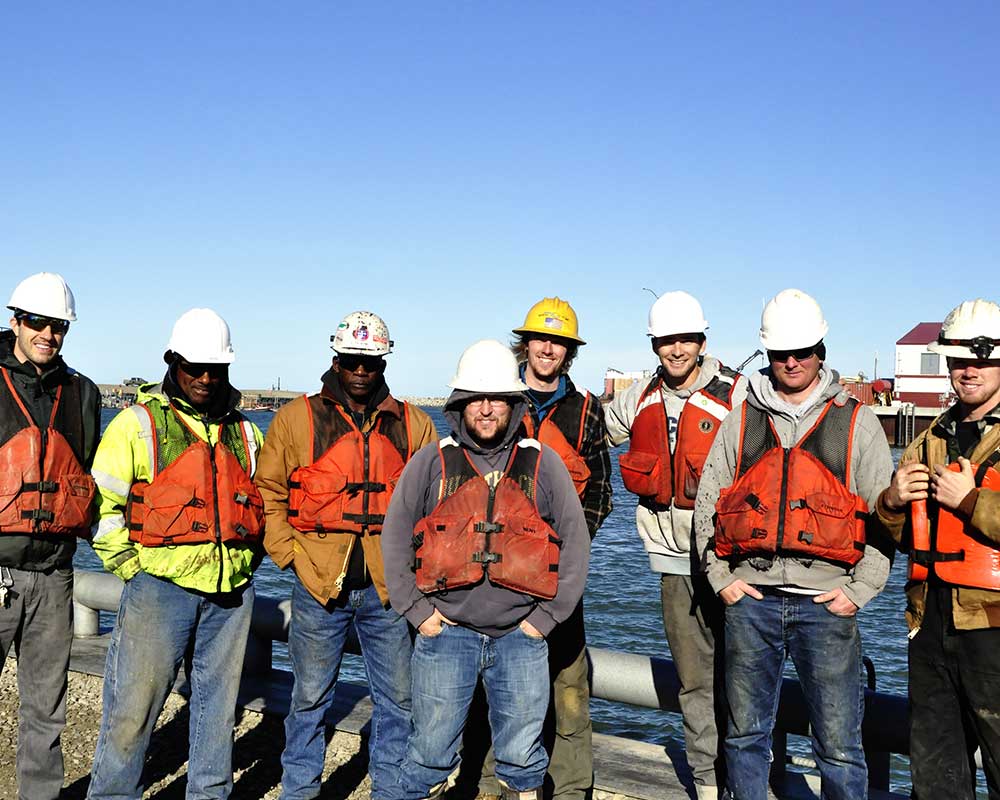