In 1991, after almost a decade of planning, construction began on Boston's Central Artery / Tunnel (CA/T) Project, which removed an elevated highway and created a tunnel system below the city. This tunnel replaced the 6-lane elevated highway built in the 1950s and connects several crucial areas and highways in the city. Recognized as the largest, most complex, and technologically challenging highway project in the history of the United States, the CA/T Project significantly reduced traffic congestion and improved mobility in one of America's oldest and most congested major cities. The work was performed beneath the major metropolitan City of Boston and was carefully planned so as to not disturb daily activities.

CASHMAN completed several Contracts on this Project. Construction of the Chardon Street to Charles River link of I-93 in Boston required building three highway tunnels (two-to-four lanes wide each) directly below the existing elevated highway. The CASHMAN team supported the existing structure with major underpinners at 19 highway bents on the Central Artery / Tunnel (CA/T) Contract C15A2 for the "Big Dig" in downtown Boston. While maintaining existing daily traffic of over 180,000 vehicles overhead, the CASHMAN team installed about 420,000 square feet of slurry wall and about 2,000 linear feet of multi-barrel tunnel. Slurry walls, invented in the 1940s to hold back water and earth during underground construction, were generally removed or abandoned after a project was complete. Using them as permanent walls of a tunnel was a fairly radical idea. In fact, no major highway tunnels in the United States were built that way before the Big Dig. But the Big Dig took the concept to an entirely new level. It was to become the single largest use of slurry walls in the United States, with some of the walls extending more than 12 stories underground. As part of the project's Underground Utility Relocation Program that took place from 1996-1997, CASHMAN was also responsible for the relocation of three miles of utility lines (gas, sewer, and water mains) in Boston and Charlestown. 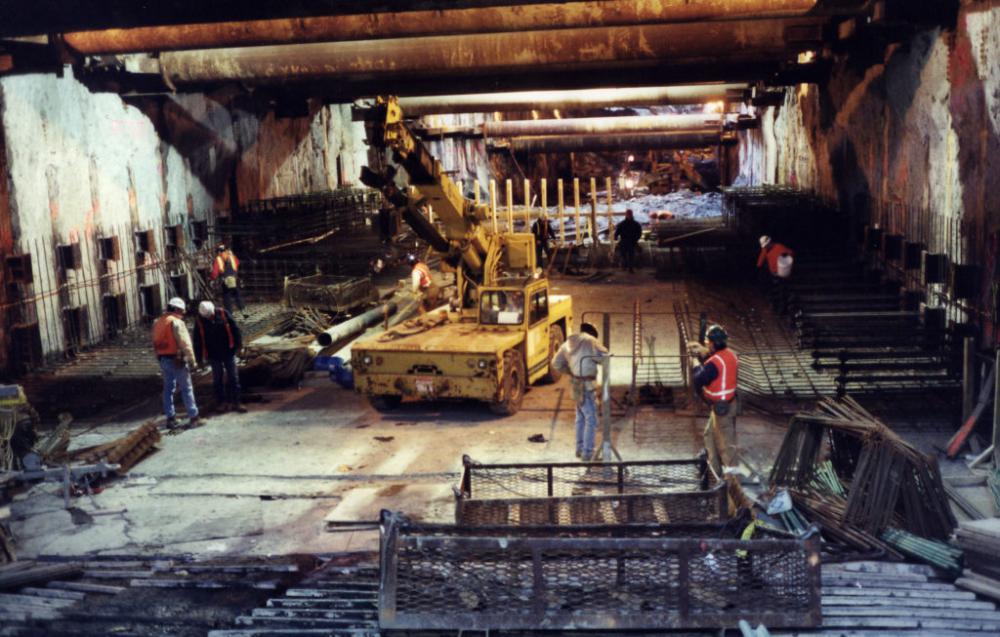 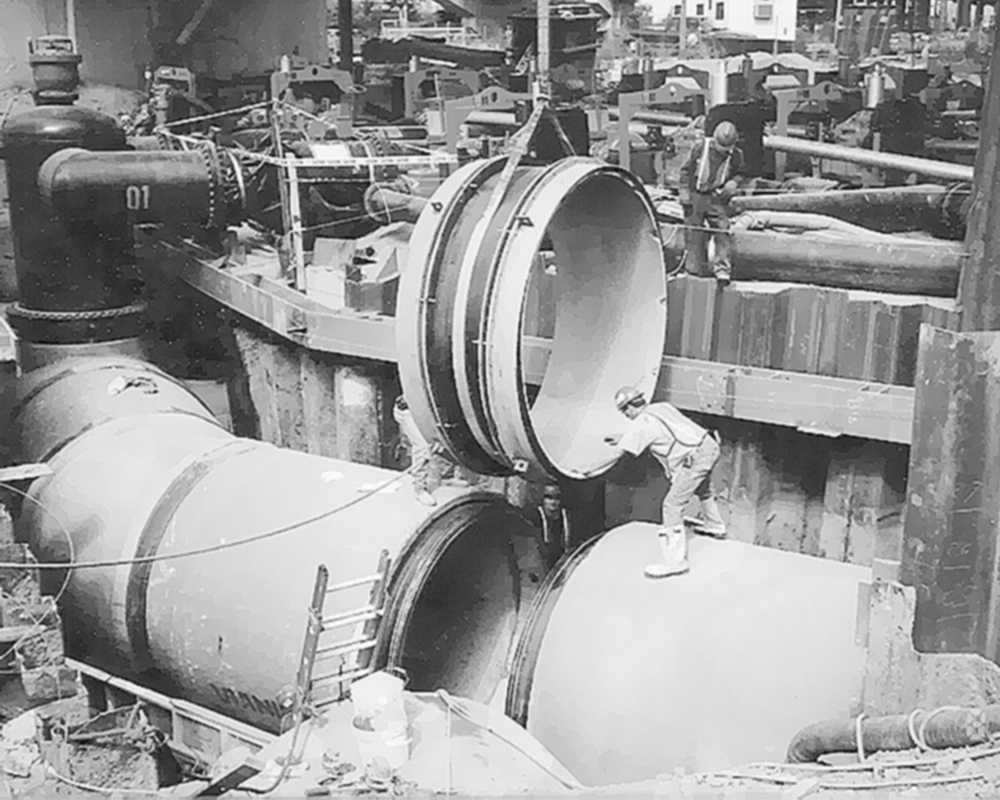 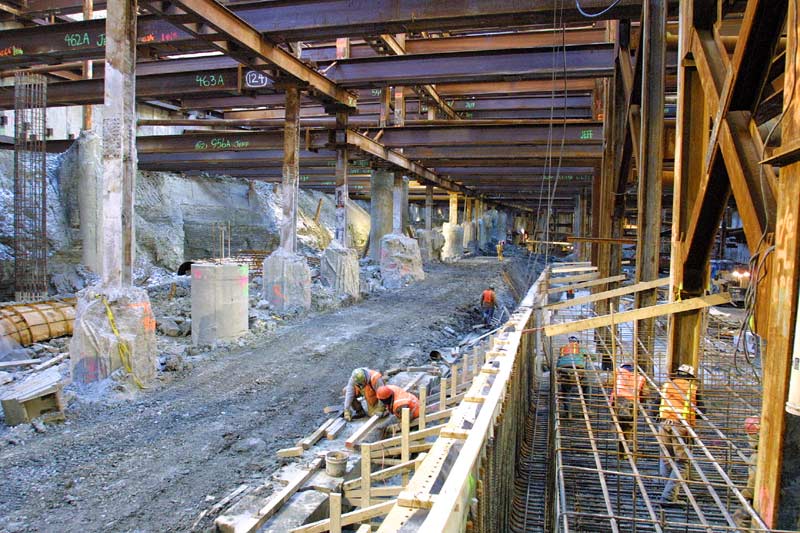 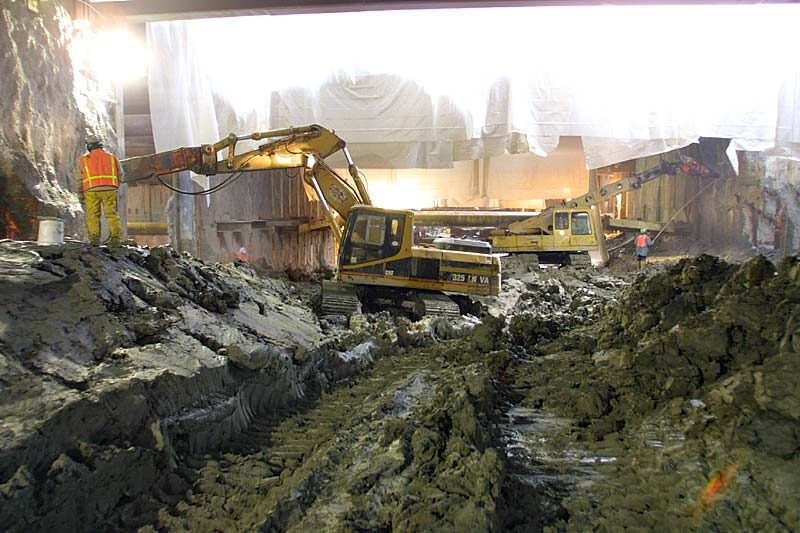 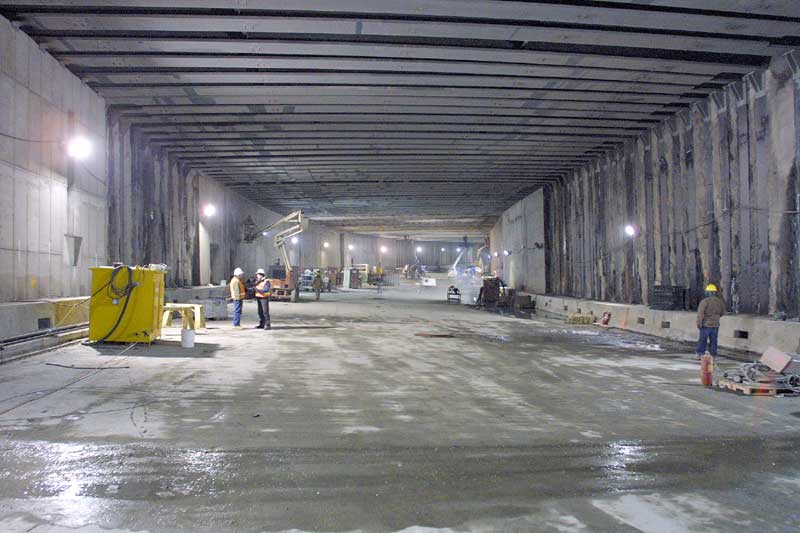 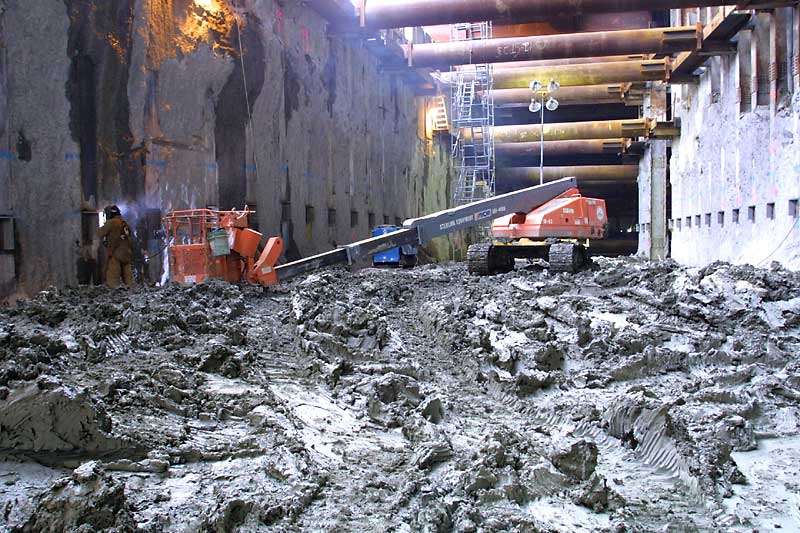 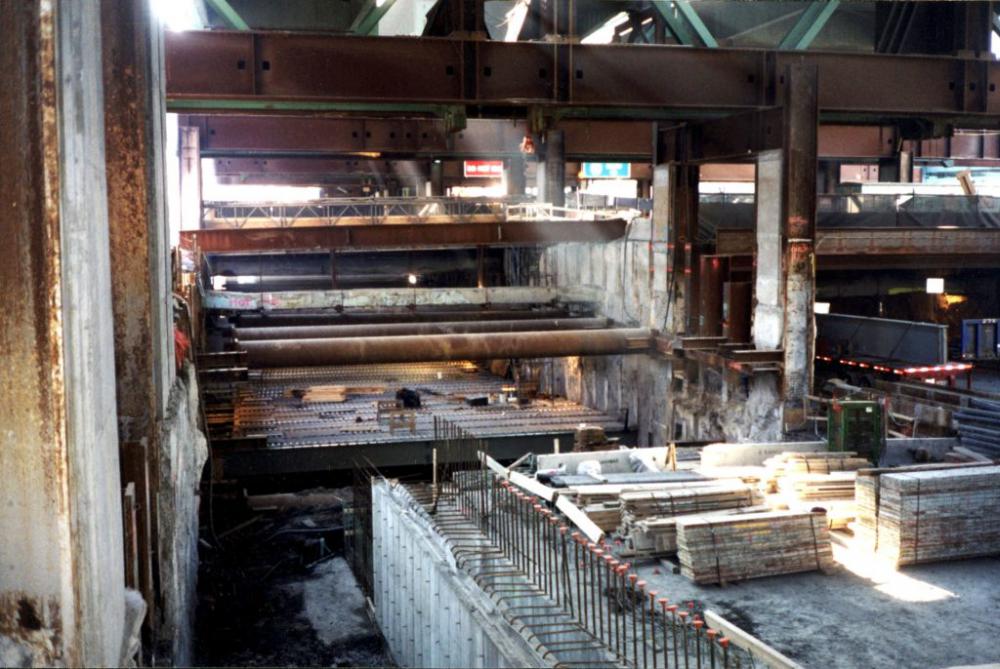 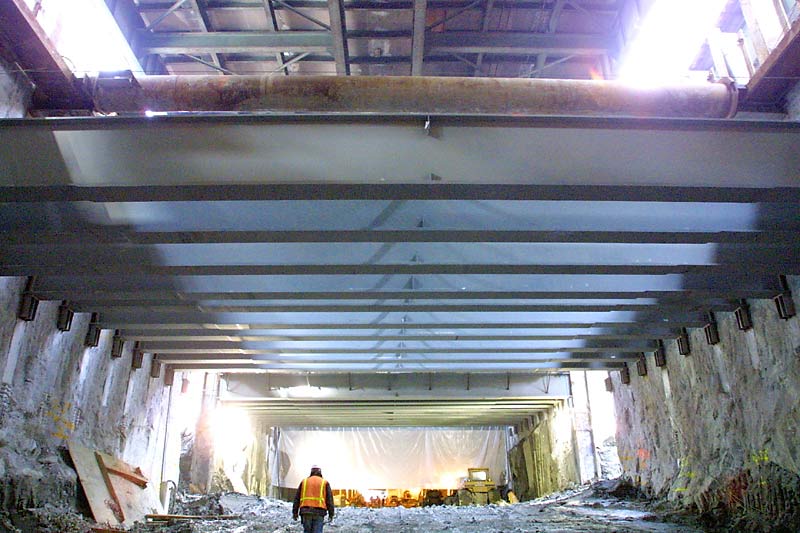 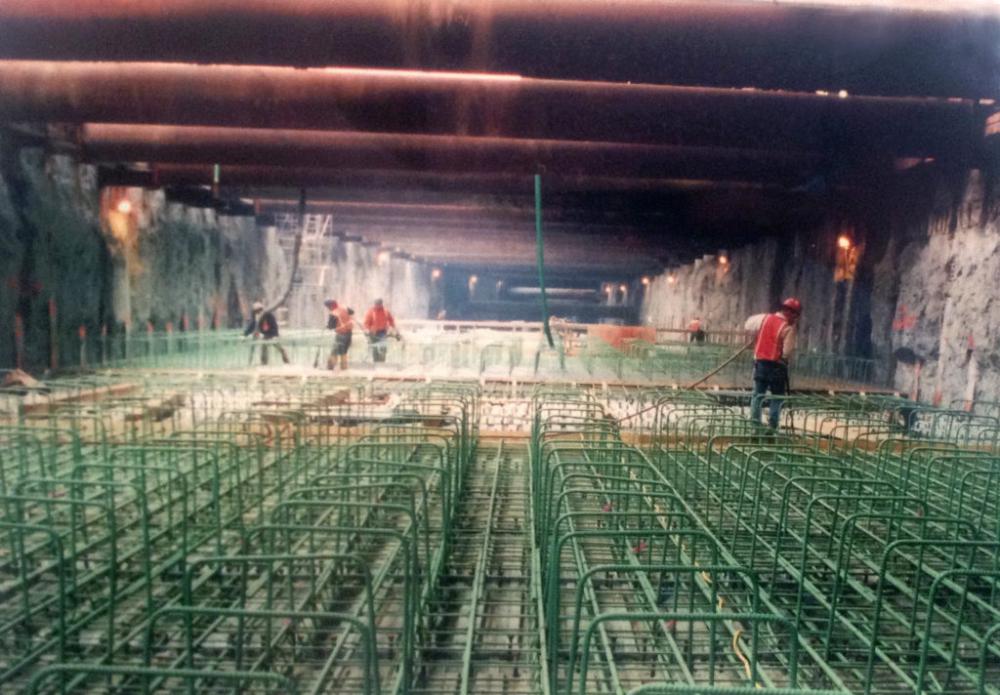