CASHMAN was selected as the primary contractor responsible for land reclamation efforts for this high-profile project—the largest undertaken in Bermuda since WWII. CASHMAN was part of the team that completed the first-phase construction of “Cross Island,” which was the home of the Event Village for the 2017 America’s Cup, hosted by Bermuda. The new land provided a viewing area for the races in nearby Great Sound, and the Event Village hosted activities associated with the sailing tournament including team bases, a pit row, food and beverage venues, entertainment, and concerts.

Bermuda-based construction company BCM McAlpine was the overall project manager, with ACBDA Ltd. as Owner’s agent. The dredging and land preparation began in October 2015 and was completed in January 2016. At that time, CASHMAN began the marine construction aspects of the project, to install the splash wall and sheet piling on the perimeter, and complete the preparation of the site. Planners started installing utilities by late summer 2016.

CASHMAN proposed an innovative Design-Build (D-B) option at the bid stage, providing nearly $5.0 million in savings to owner West End Development Corporation (WEDCo). Through value engineering and ongoing dialogue between the WEDCo and project teams, constant evolution of the D-B works led to the most efficient, cost-effective, and environmentally sound installation for this $21.2 million project in the South Basin of the Royal Naval Dockyard. 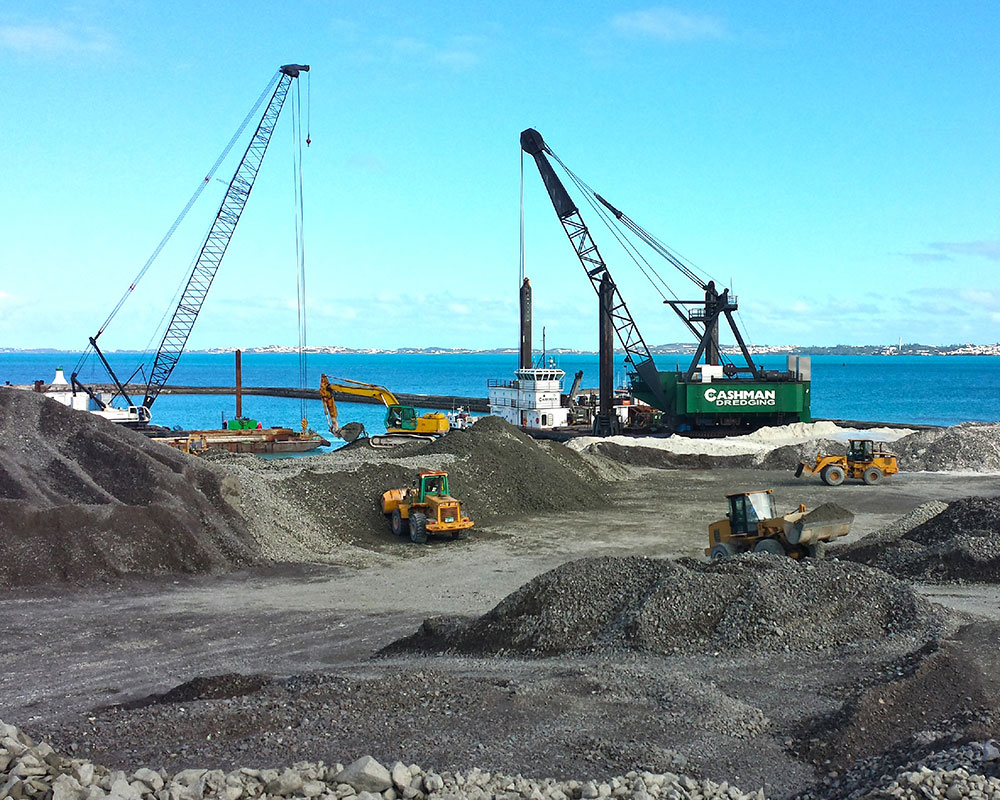 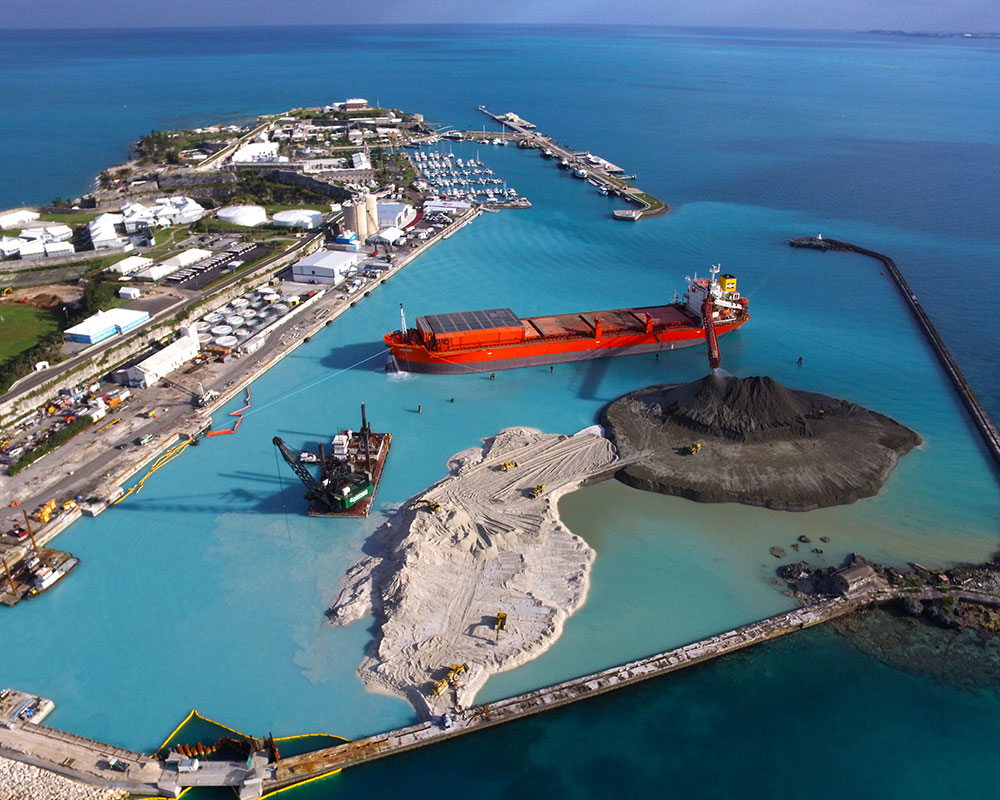 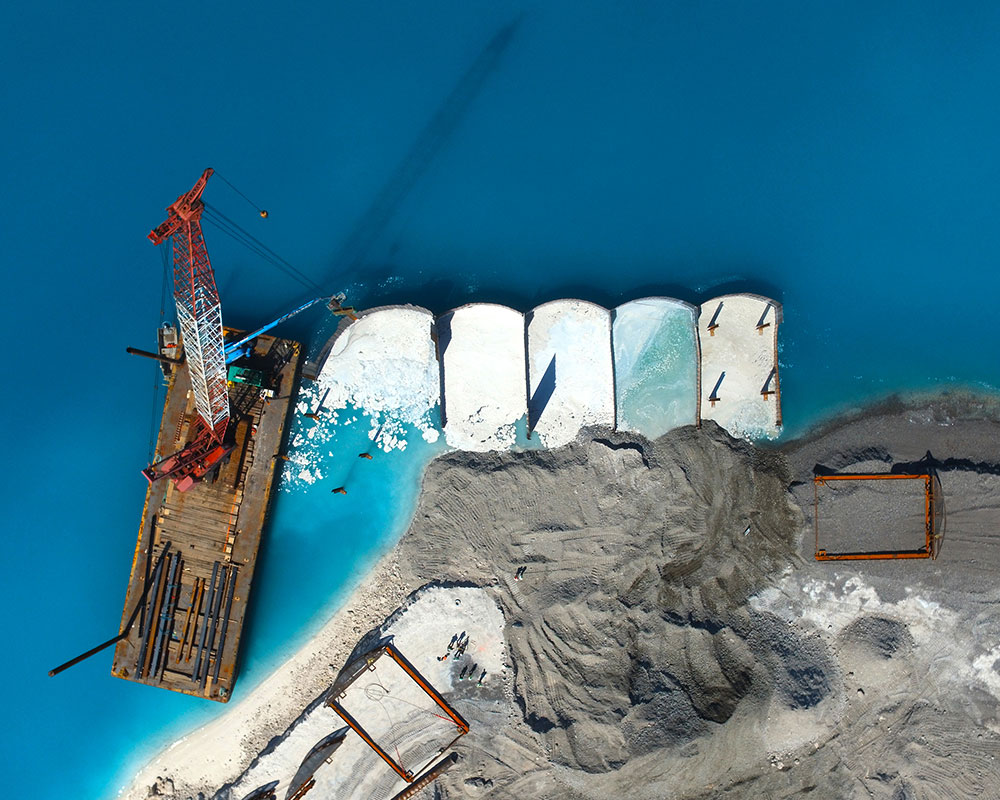 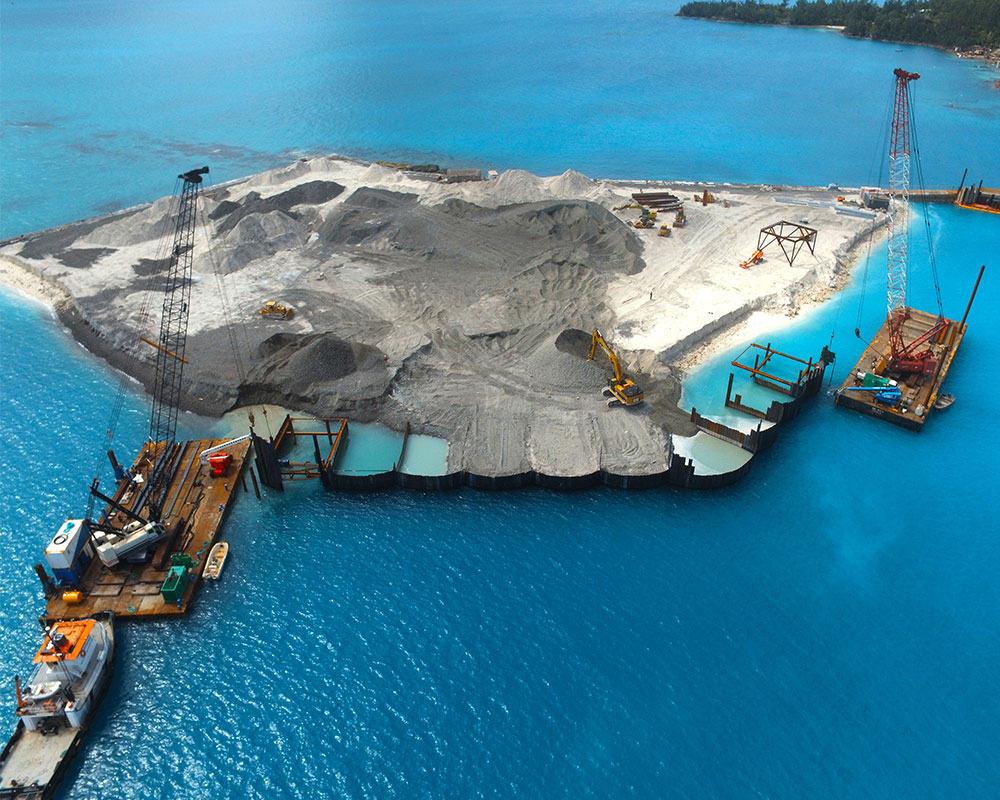 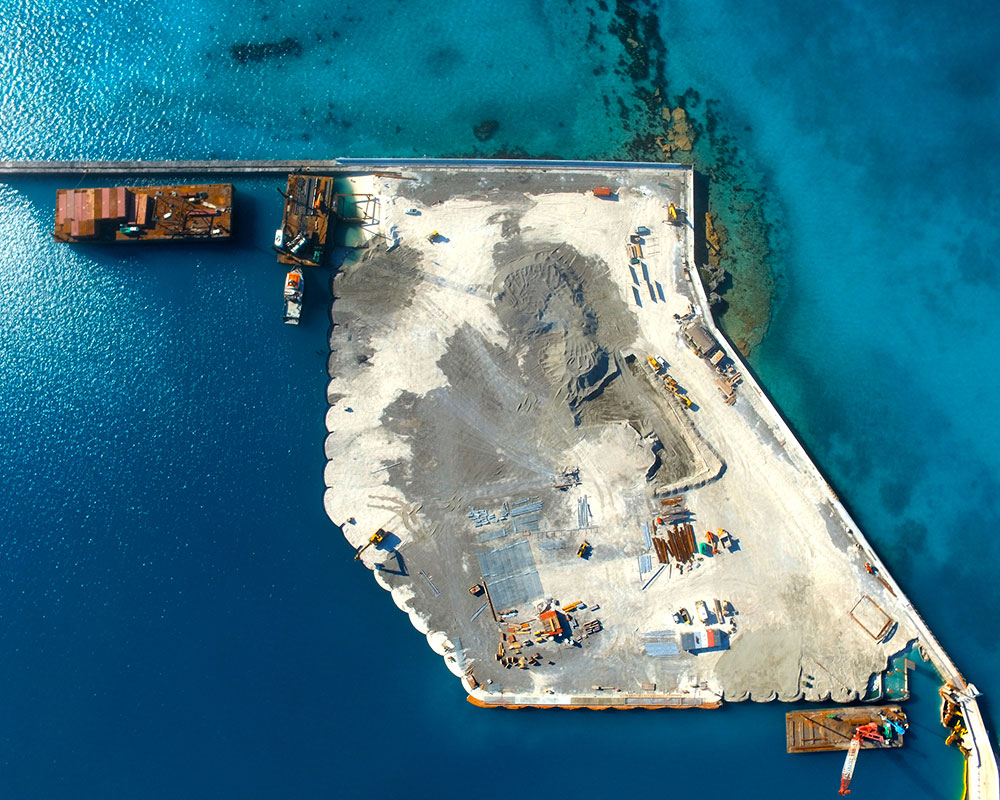 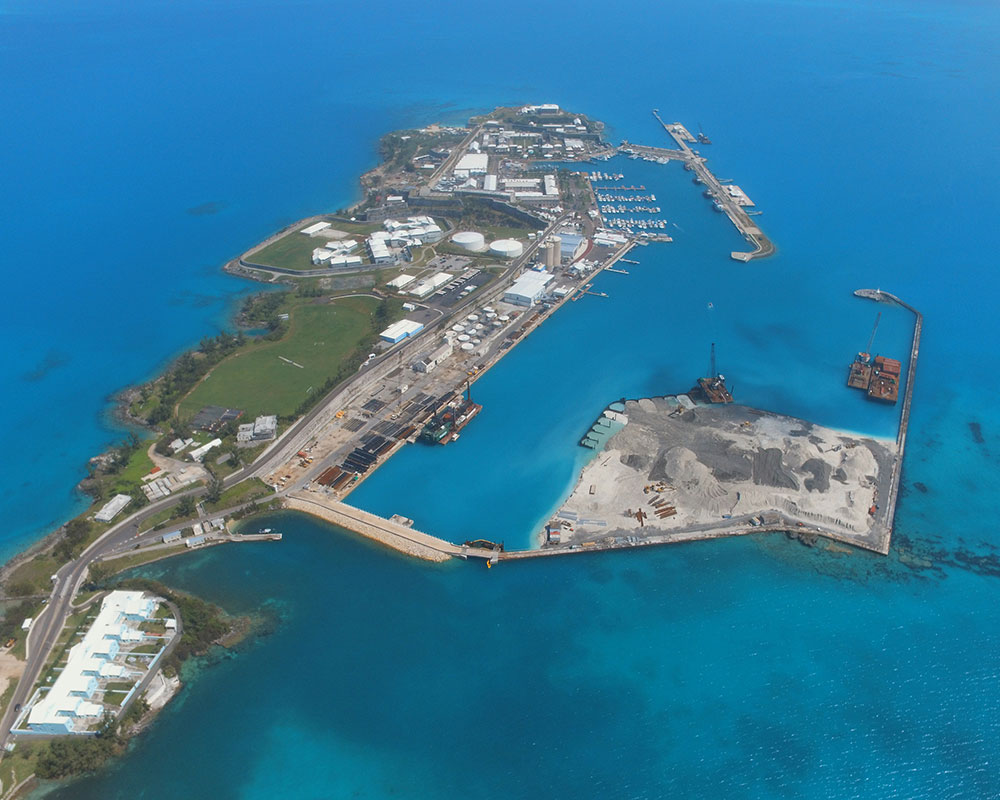 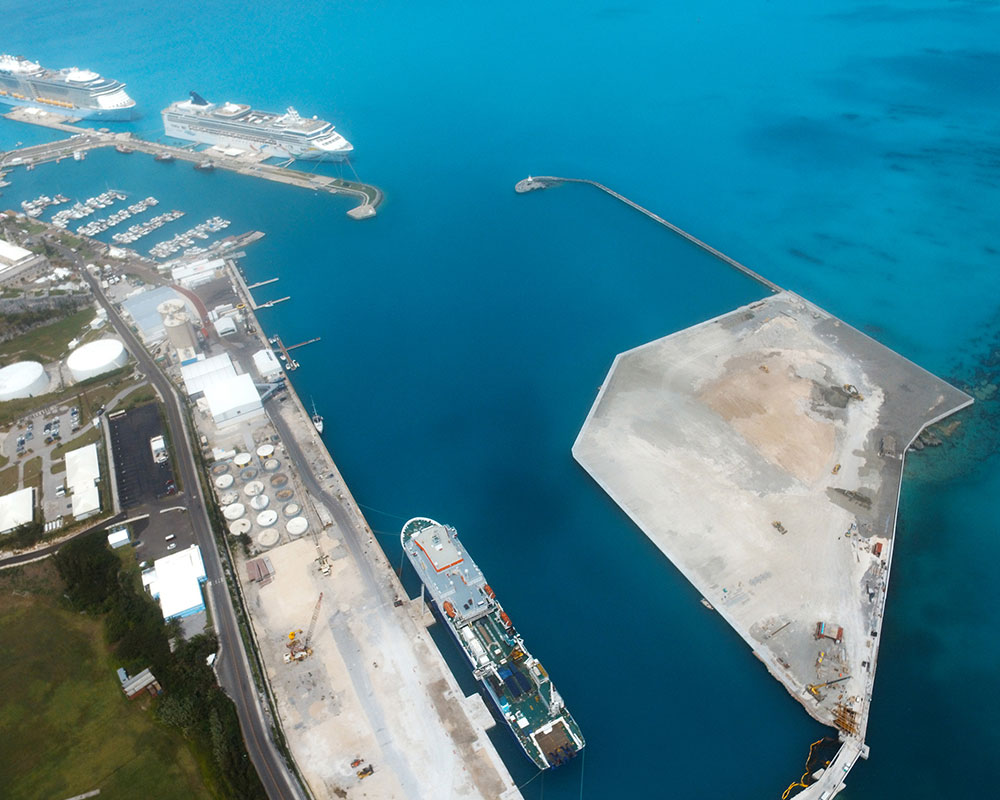 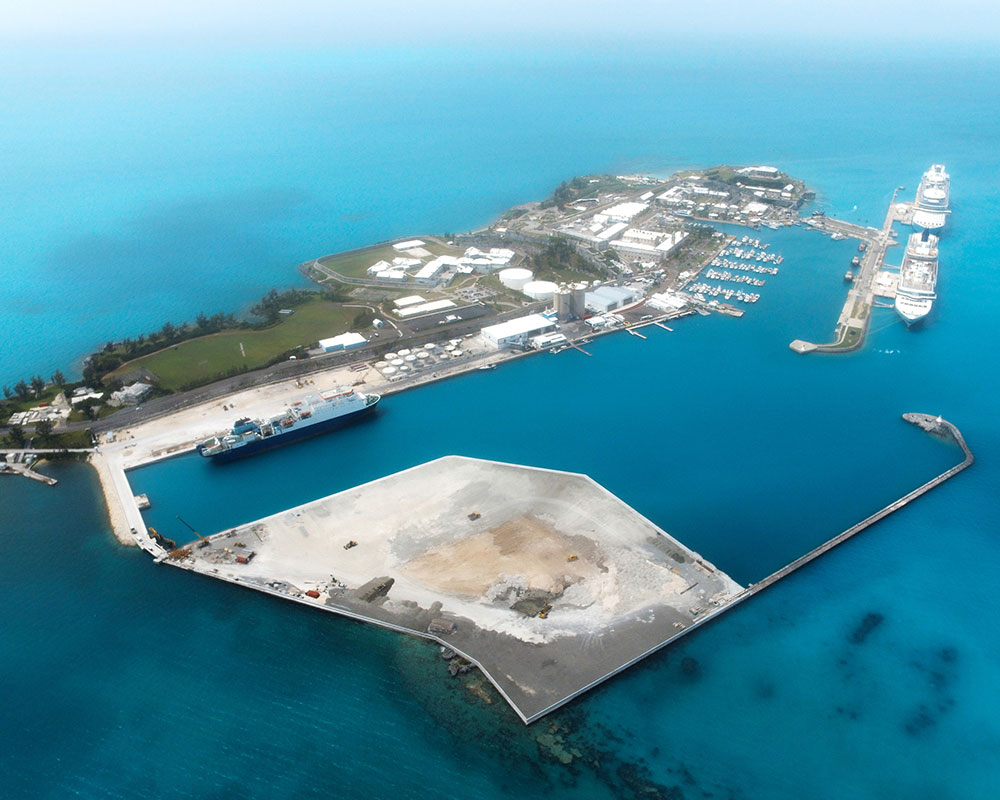