Fort Dawes was once the largest fort in the Boston System. It began as a command and fire control center, as Deer Island encompassed various natural assets making it ideal for coastal defense. This included two fairly tall hills, as well as the fort being more or less in the center of Boston Harbor's mouth, extending out towards the ocean.

From 1991 to 2000, CASHMAN was hired to revitalize and rebuild Deer Island. Fort Dawes and the island grounds, including a glacial drumlin, were blown up, dug out, bulldozed, and barged away in order for the Massachusetts Water Resources Authority (MWRA) to build the world’s second largest sewage treatment plant. 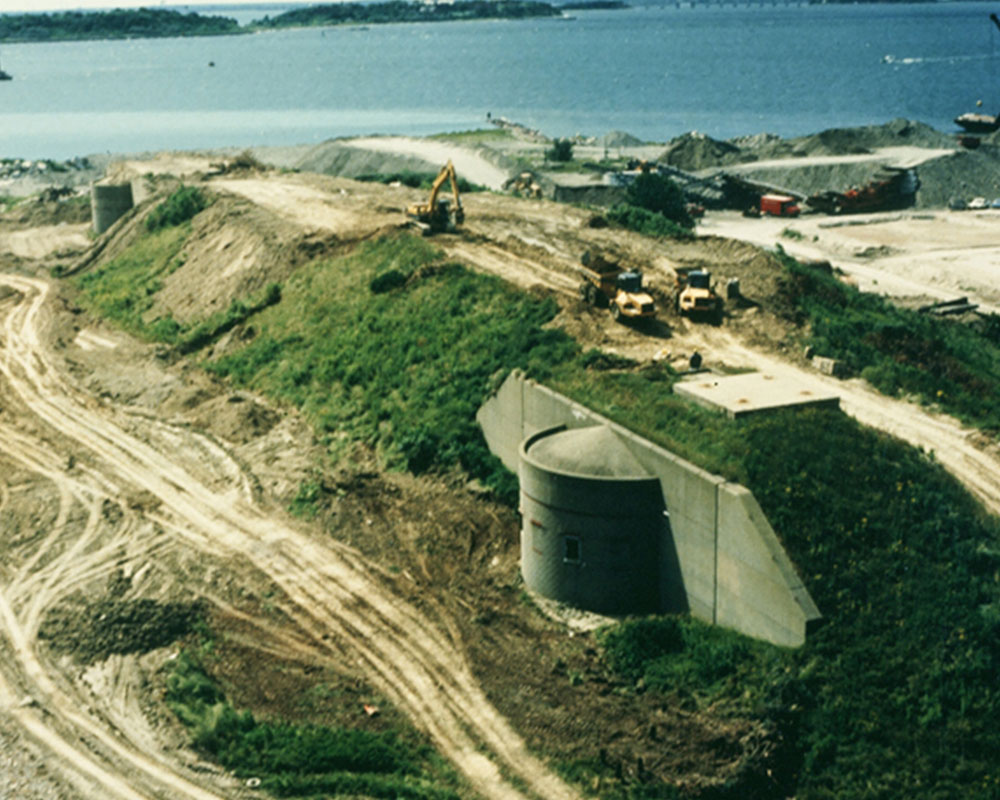