The Kill Van Kull Channel is a tidal strait between the Borough of Staten Island in New York and Bayonne, New Jersey and is one of the most heavily travelled waterways in the Port of New York and New Jersey. Historically it has been one of the most important channels for the commerce of the region, providing a passage for marine traffic between Upper New York Bay and the industrial towns of northeastern New Jersey. It is 3 miles long and 1,000 feet wide, and connects Newark Bay with the Upper New York Bay.

The Army Corps of Engineers along with Port Authority hired CASHMAN to deepen Kill Van Kull Channel which provides access to the busy port. During the dredging project in Newark Bay and South Elizabeth Channels this year, the team encountered an unexpected deposit of consisting of diabase rock, limestone and shale. CASHMAN was faced with the challenge of rock removal in an area congested with marine traffic. The Army Corps of Engineers recognized the logistical problems and safety issues involved with blasting at this location, and requested that CASHMAN develop an alternative to drilling and blasting, which was ruled out due to noise, safety and closures issues. In addition, drill and blast rigs are slow to move out of the way of ship traffic because they must set off their charges once they begin. CASHMAN turned to a tool never before used for underwater rock breaking in North America, an IHC hydrohammer model s90. Environmentally safer than traditional drill and blast methods, the s90’s main advantage is its maneuverability. CASHMAN retrofitted the dredge S. Comoletti with the hydrohammer to remove the rock from May to August of 2004. The rock was in an area with a high volume of boat traffic every day, and CASHMAN used the jack hammer to avoid affecting nearby terminals. Drilling and blasting would have closed the area to boats for the duration of the project. The 37-foot, 14-ton hydrohammer can break rock at depths of 65 feet, and can operate at any angle from 55 to 90 degrees. Unlike conventional diesel- and air-powered hammers, the self-contained hydraulically-operated s90 is quiet and can operate underwater without loss of energy and with no risk of releasing harmful pollutants into the environment. The project deepened the channels to 45 feet with 1.5 feet of overdepth, in approximately one mile of 1000-foot-wide navigation channels. 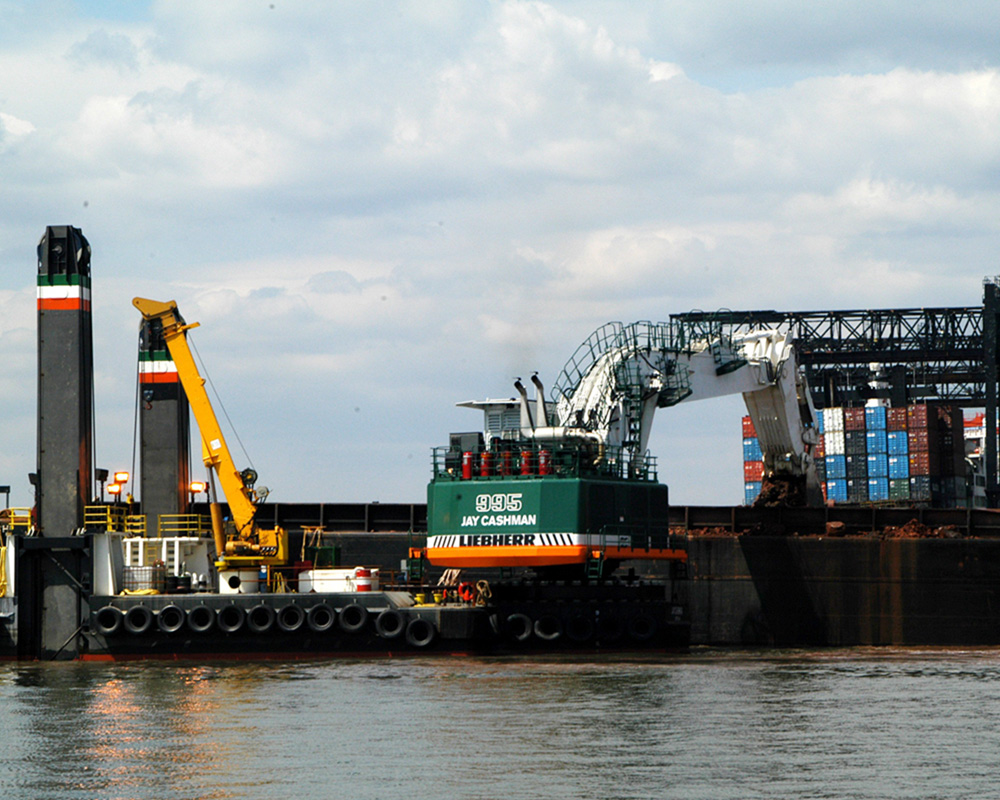 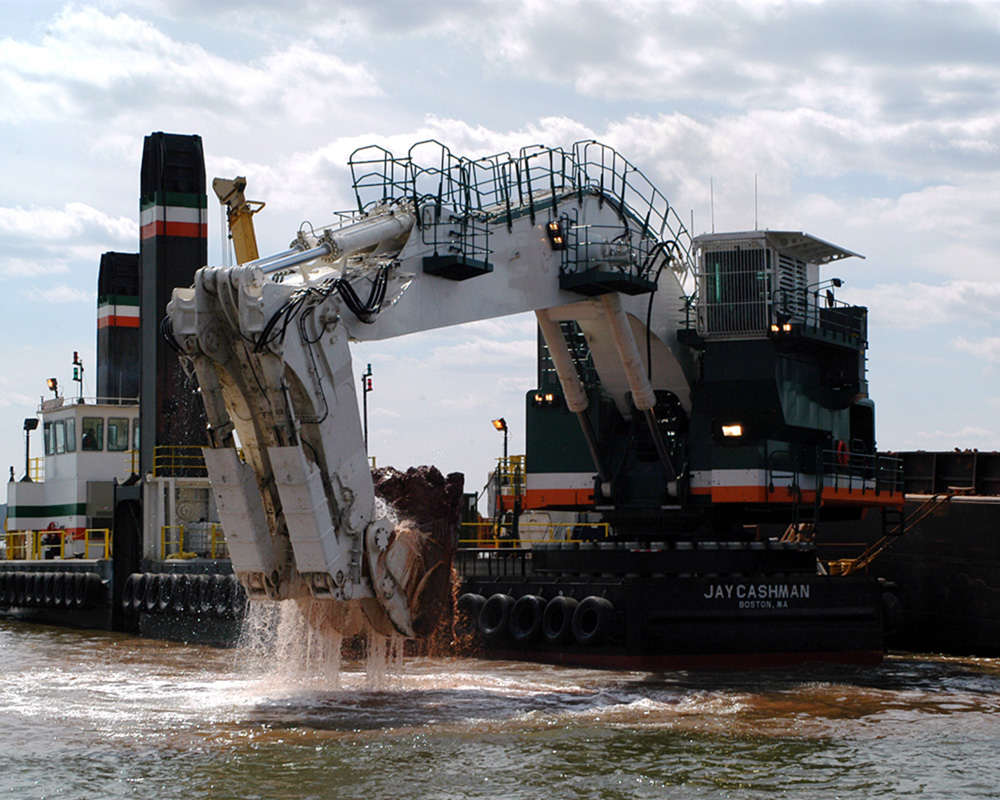 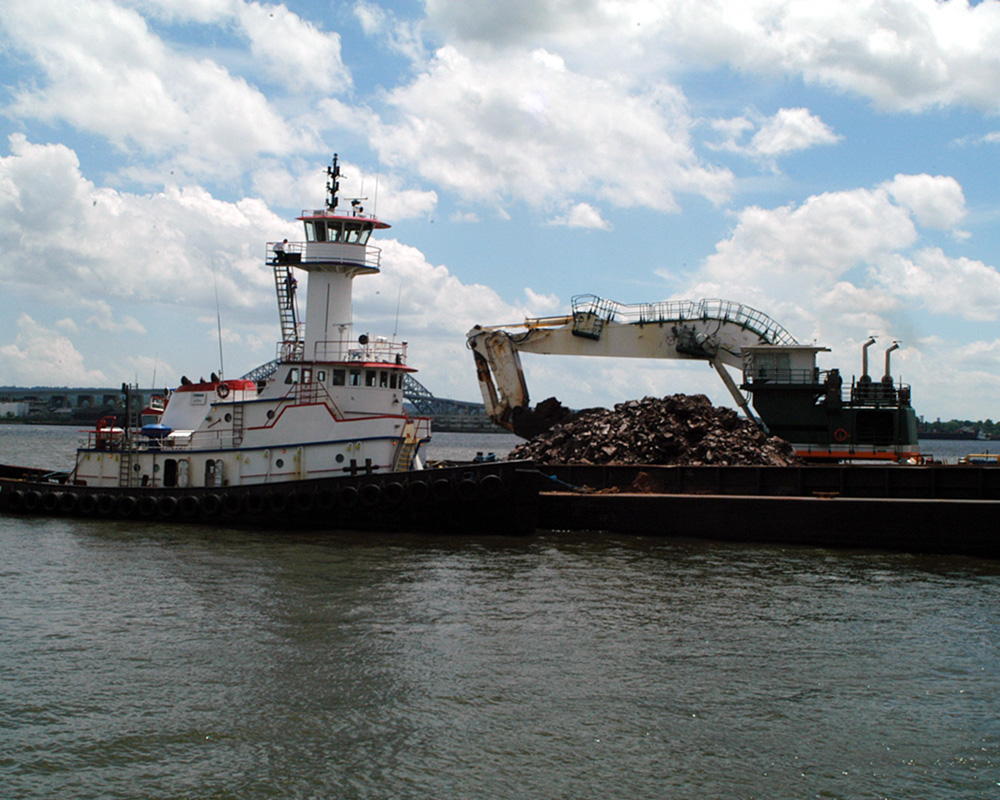 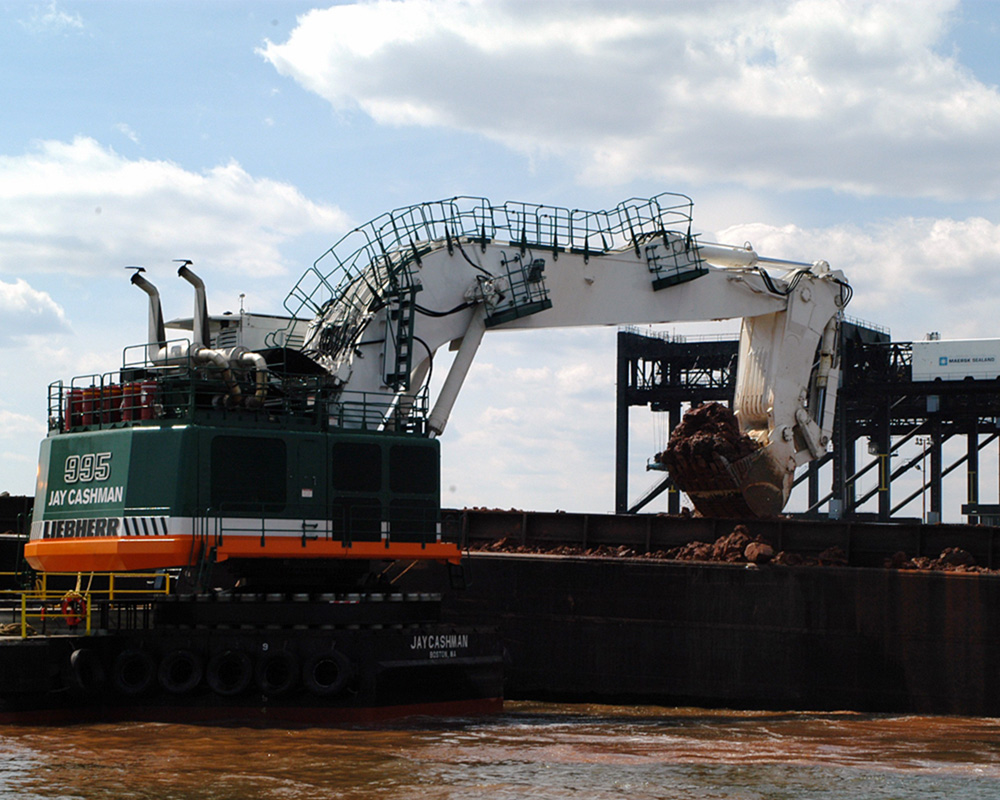 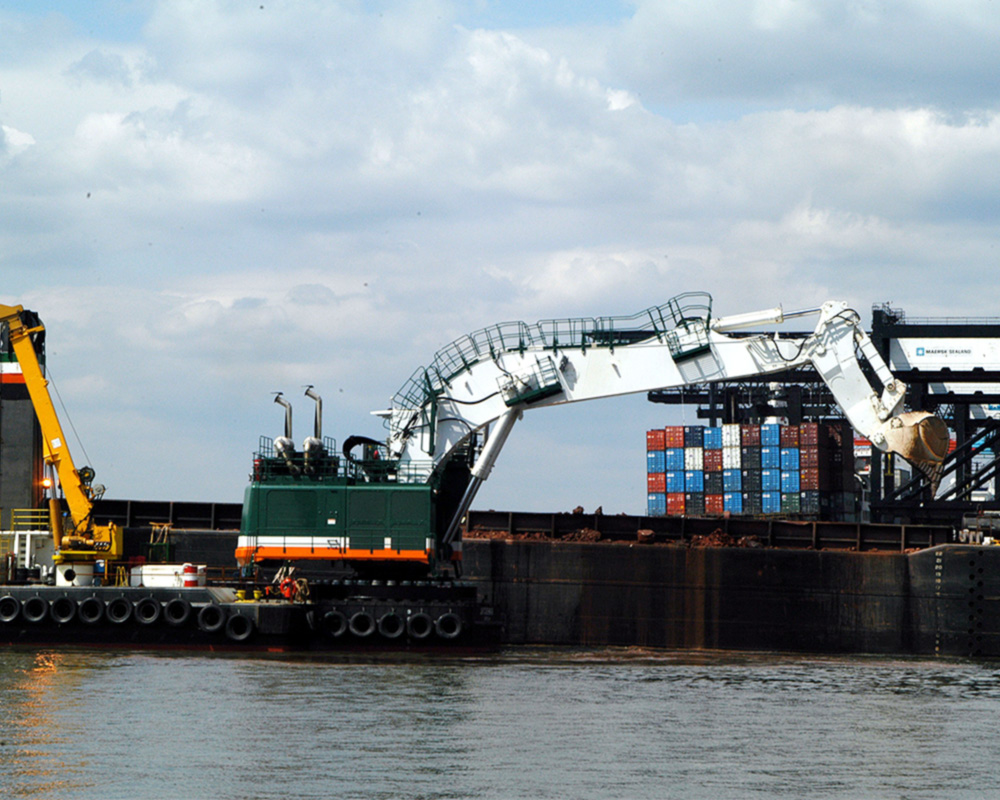