San Juan Harbor is located on the north coast of Puerto Rico. It is the island’s principal port, handling over 75 percent of the Commonwealth’s non-petroleum waterborne commerce and is the only harbor on the north coast affording protection in all types of weather. The port is composed of a total of sixteen piers, of which eight are used for passenger ships and eight for cargo ships. The bay and its docks are located along San Antonio Canal, a narrow navigable section of San Juan Bay lying south of Old San Juan and San Juan island, and north and west of the Puerto Rico Convention Center District and Isla Grande Airport. The municipalities of Cataño, Guaynabo and San Juan compose the south side of the bay and port. 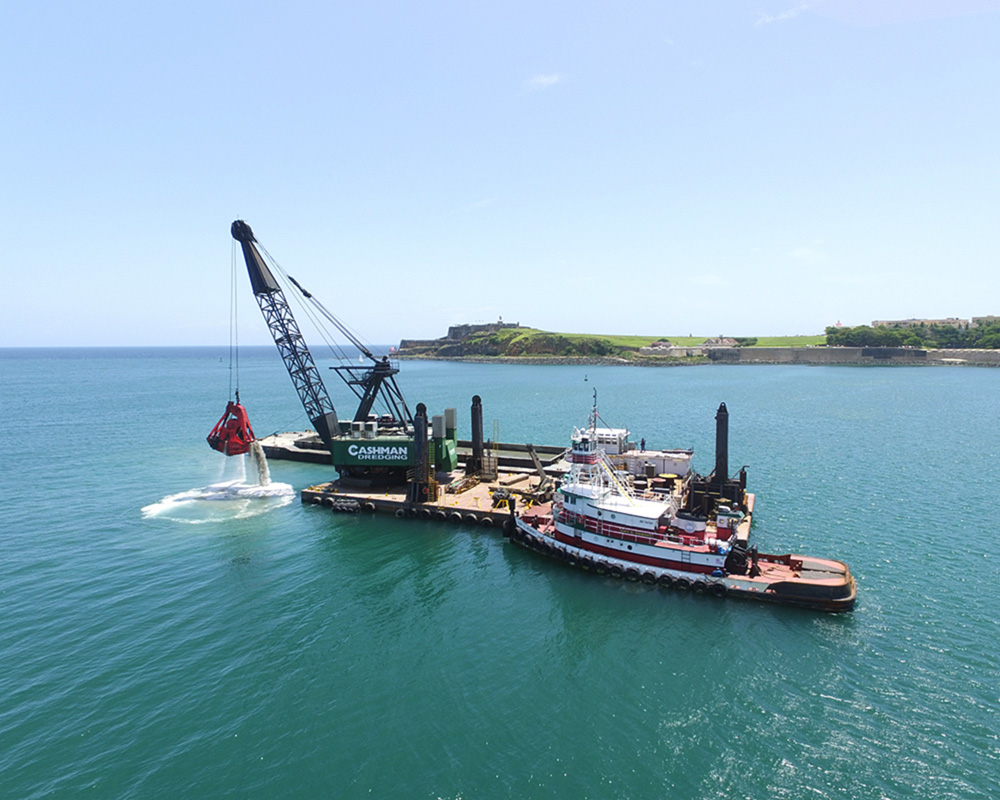 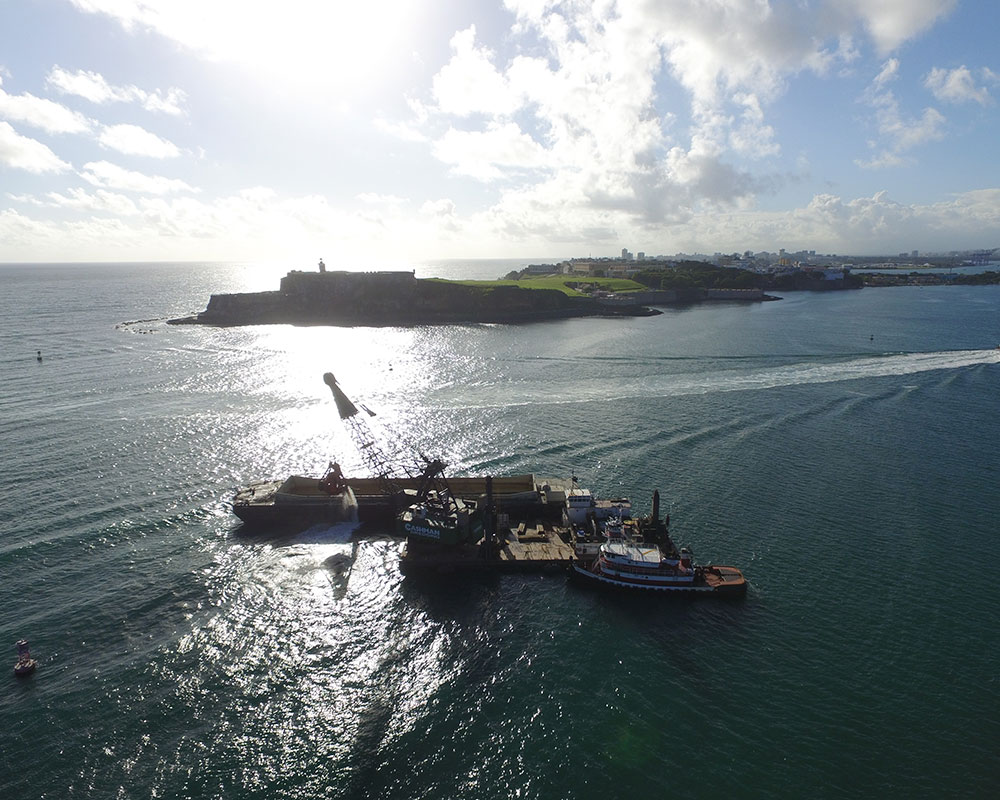 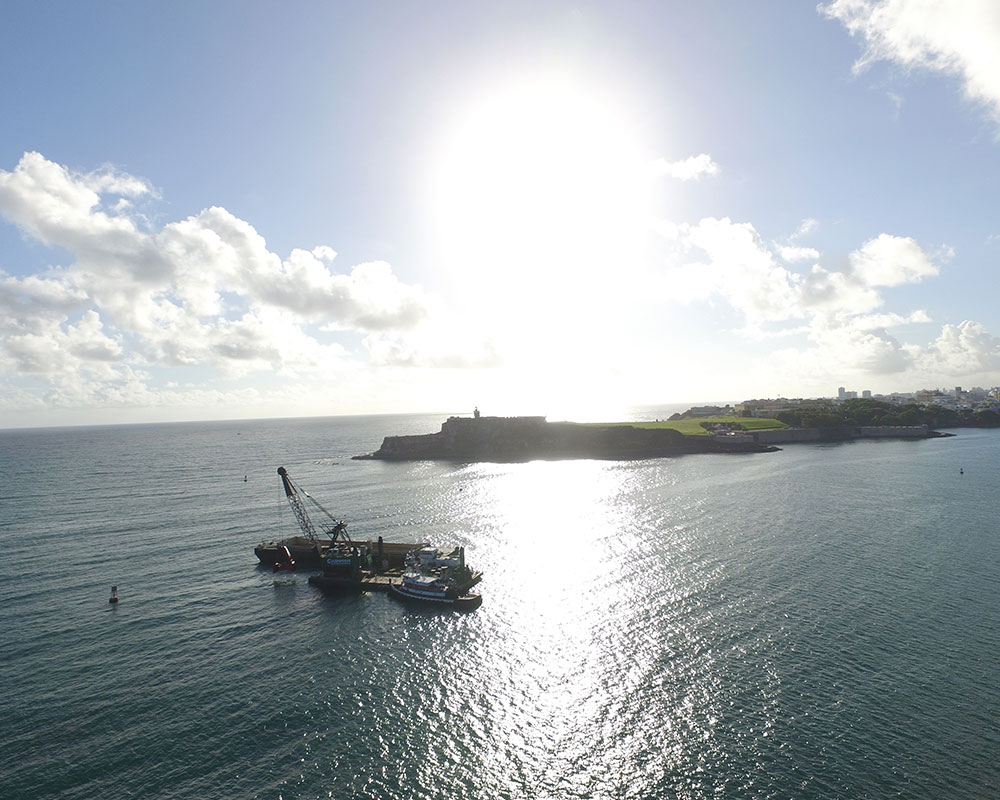 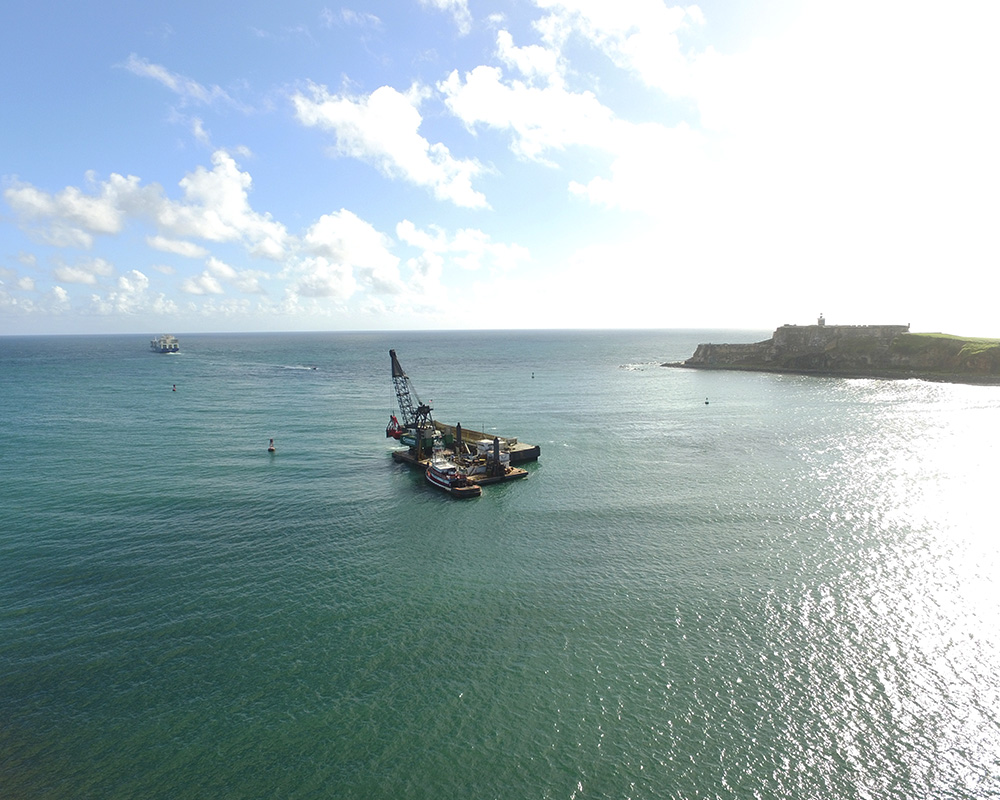 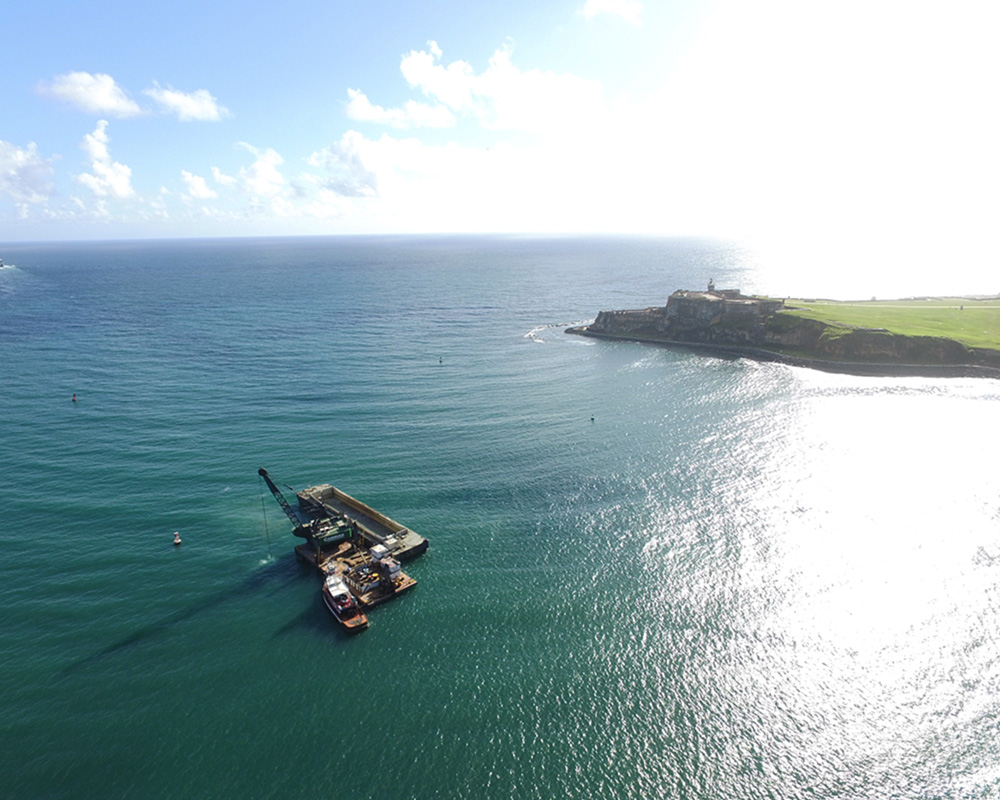