Located along the Bay Ridge Channel in the Sunset Park neighborhood of Brooklyn, the South Brooklyn Marine Terminal (SBMT) was built in the 1960s and used as a container terminal into the 1980s. Since then, the Terminal had largely been used for handling break-bulk and project cargo. The NYC Economic Development Corporation (NYCEDC) has been working to rehabilitate and reactivate SBMT by investing in terminal infrastructure improvements, site preparation, and dredging.

CASHMAN successfully removed contaminated sediments from the former Marine Terminal that were unsuitable for open water disposal. CASHMAN was able to excavate and dewater the material with Portland cement in scows. From there, it was taken to an offsite landfill in Staten Island to be used as capping material. CASHMAN dewatered and treated 41,000 cubic yards of contaminated sediment and then disposed of the material at the Fresh Kills Landfill site in Staten Island. 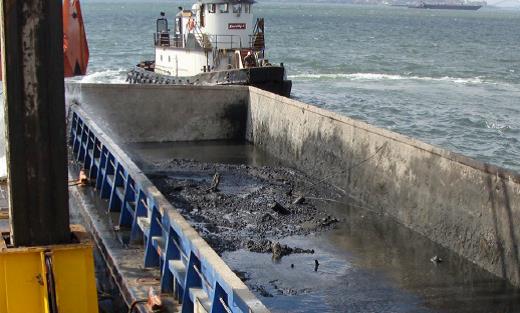