The United States Naval Facilities Engineering Command (NAVFAC) contracted JAY CASHMAN, INC. to undertake the renovation, repair, and reconstruction of the berth and surrounding wharf that is home to the world's oldest commissioned naval vessel afloat, the USS Constitution. The project, located in the Charlestown Navy Yard and part of the Boston National Historical Park, took just under two years and was completed on time and on budget.

This project presented unique challenges for our construction management team and required meticulous attention to the scope of work while preserving the historical composition and structural elements of the existing pier and berth. The location of the project is under the jurisdiction of the United States National Park Service, and is adjacent to a very active pier, which was open and accessible to the public at all times. The project access intersected with areas that required security clearance from the United States Navy. The overlapping jurisdictional issues and security measures required constant communication and extensive logistical coordination with NAVFAC and additional agencies including: the United States National Park Service and the Naval History & Heritage Command, Detachment Boston.

When our team arrived onsite to begin the project, the 200-year-old vessel had not yet been moved and dry-docked as planned, requiring us to carefully choreograph the work within 20 feet of the historical vessel for the first two months of the project. Another obstacle to overcome was working around the Constitution’s active-duty Navy crew’s Colors Ceremony, a time-honored military tradition of raising the national flag every morning and retiring it every evening, concluding with cannon fire at 8:00CASHMAN and dusk from the cannon on the USS Constitution. With the USS Constitution being moved to dry dock, the cannon had to be safely relocated to the pier we were working on and we had to coordinate around it in order to continue the cannon-firing tradition, dating back to 1798. Additionally, in order to maintain the historical accuracy of the pier, 42,000 square feet of new coated-steel sheetpile bulkhead had to be driven on a batter, which also added complexity to the project.

The project site was turned over to NAVFAC in March 2017, well ahead of the date that the USS Constitution was floated back into her renovated home. 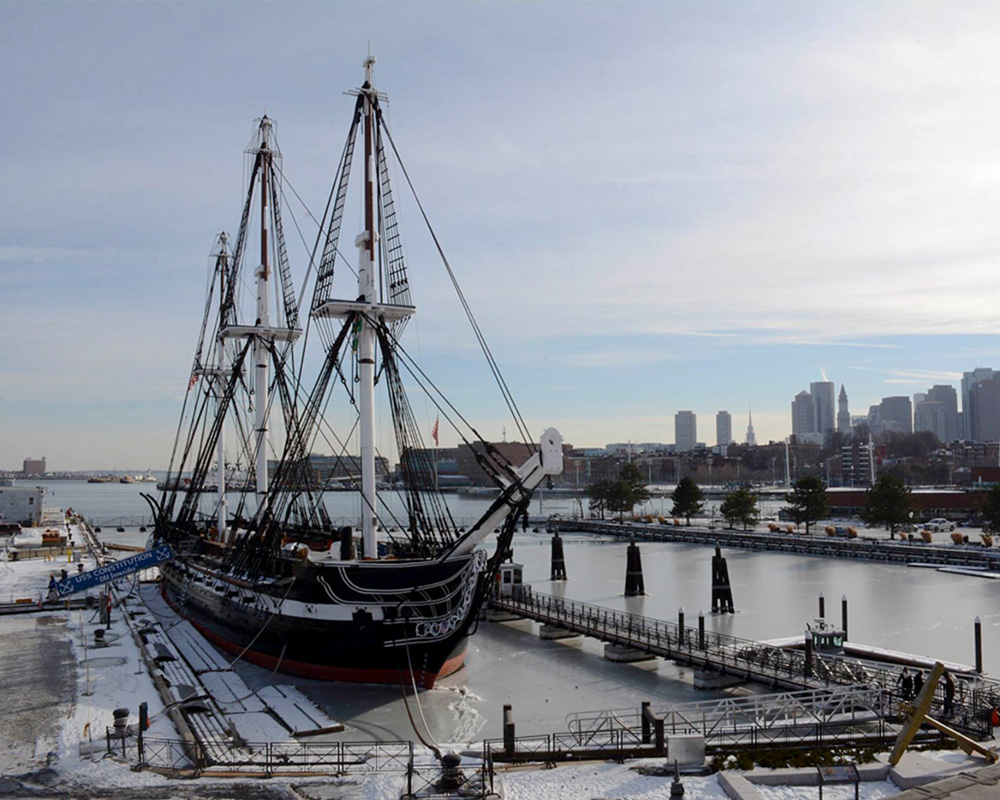 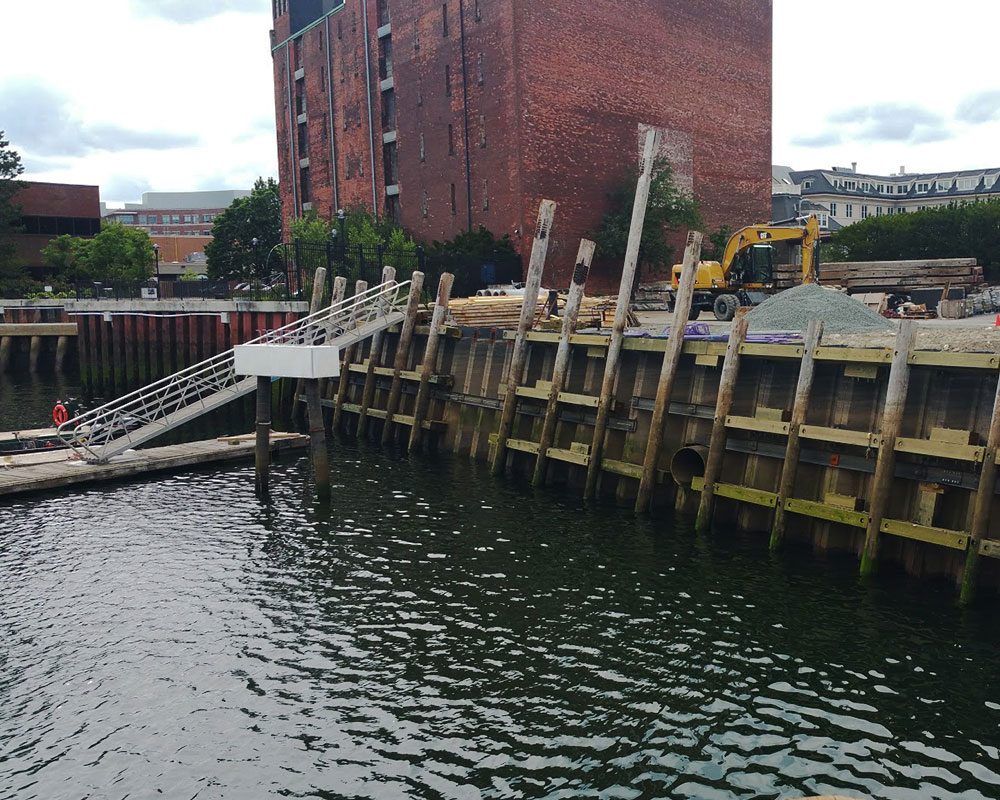 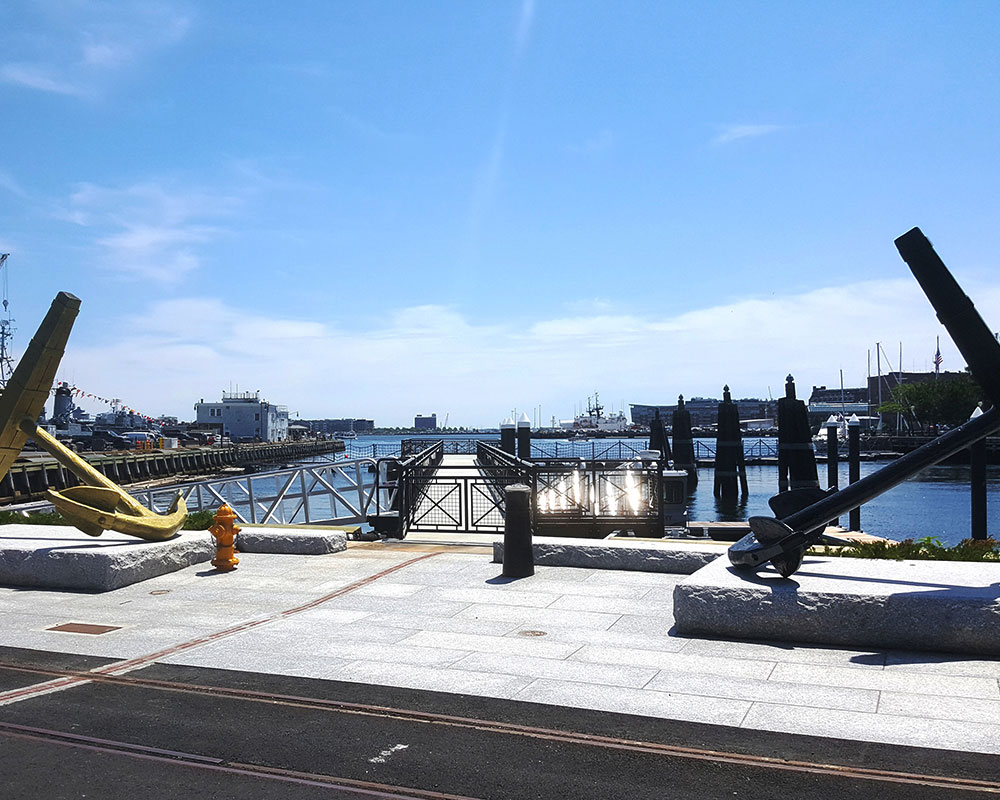 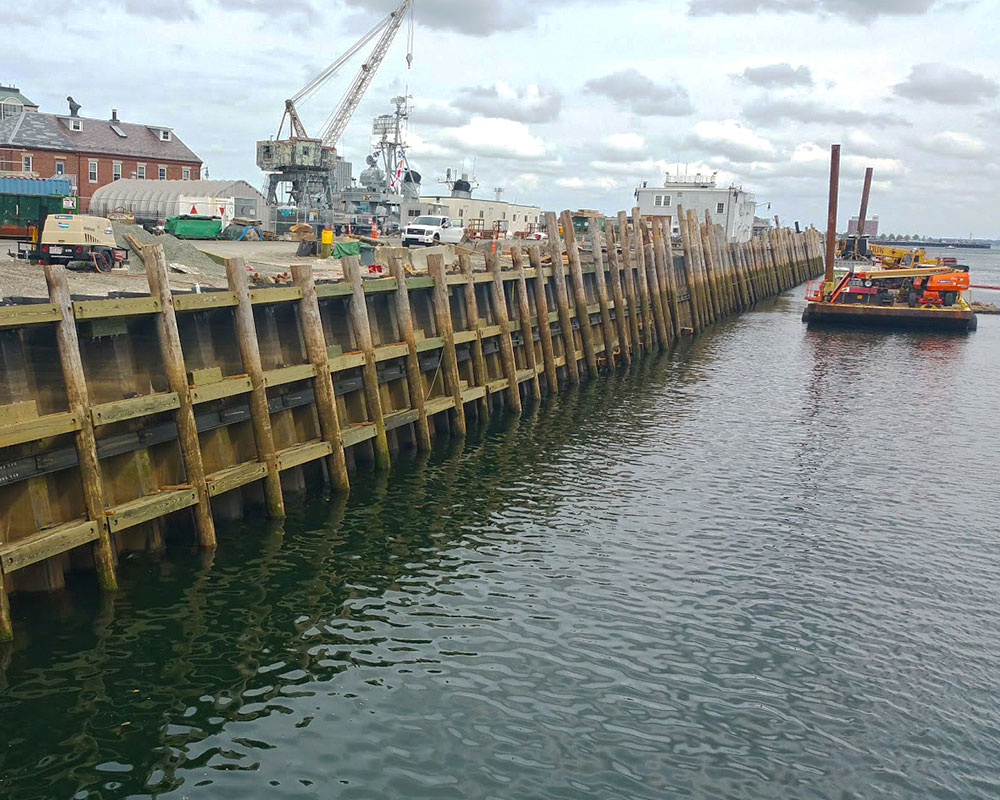 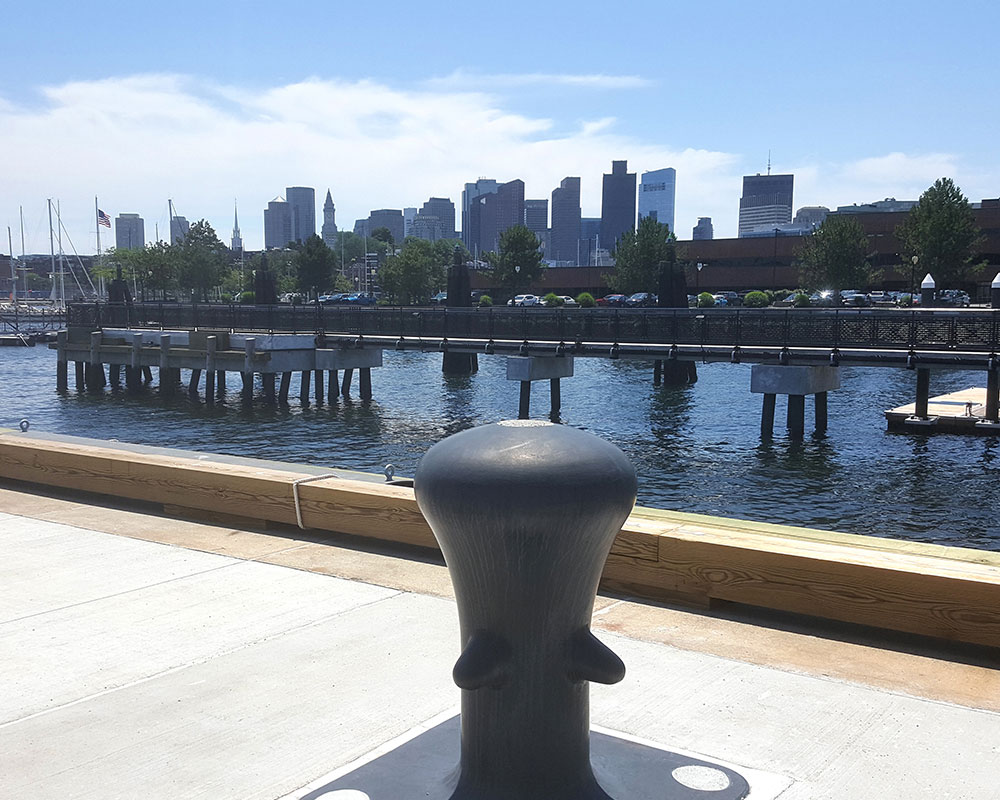 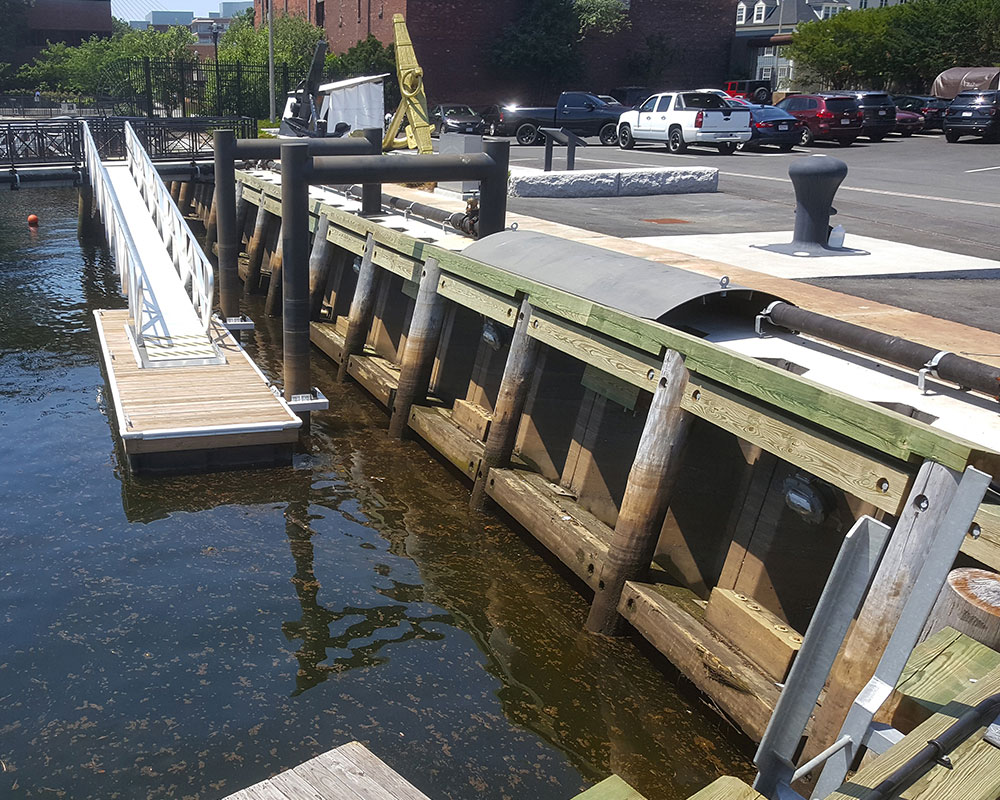 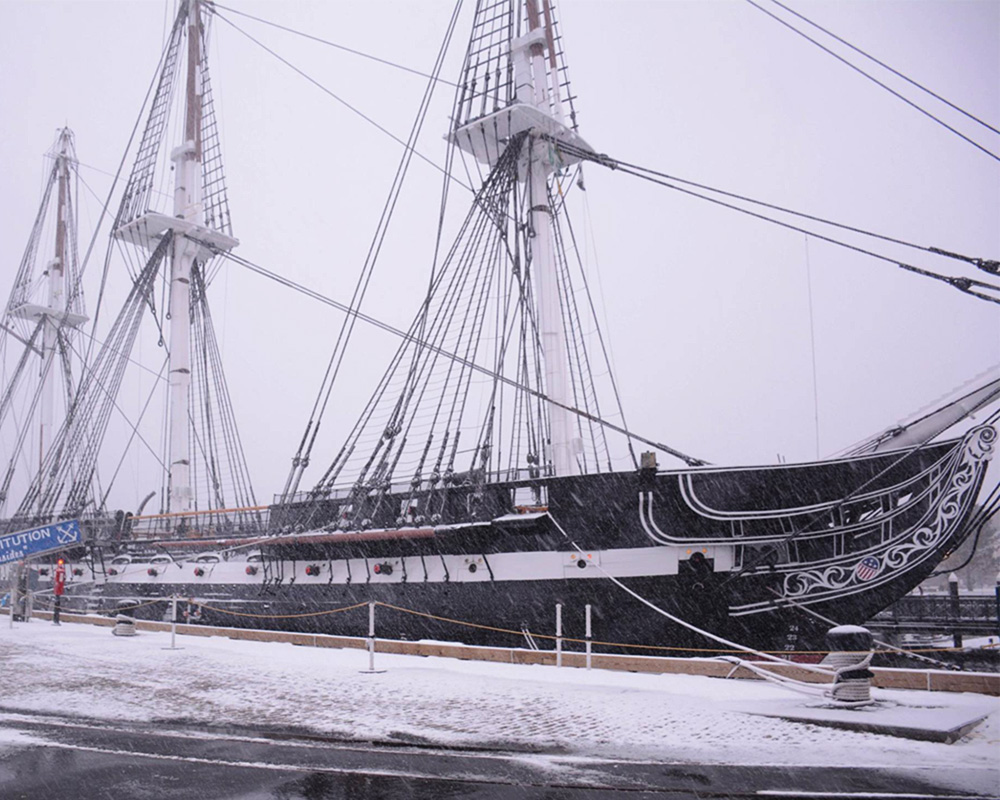 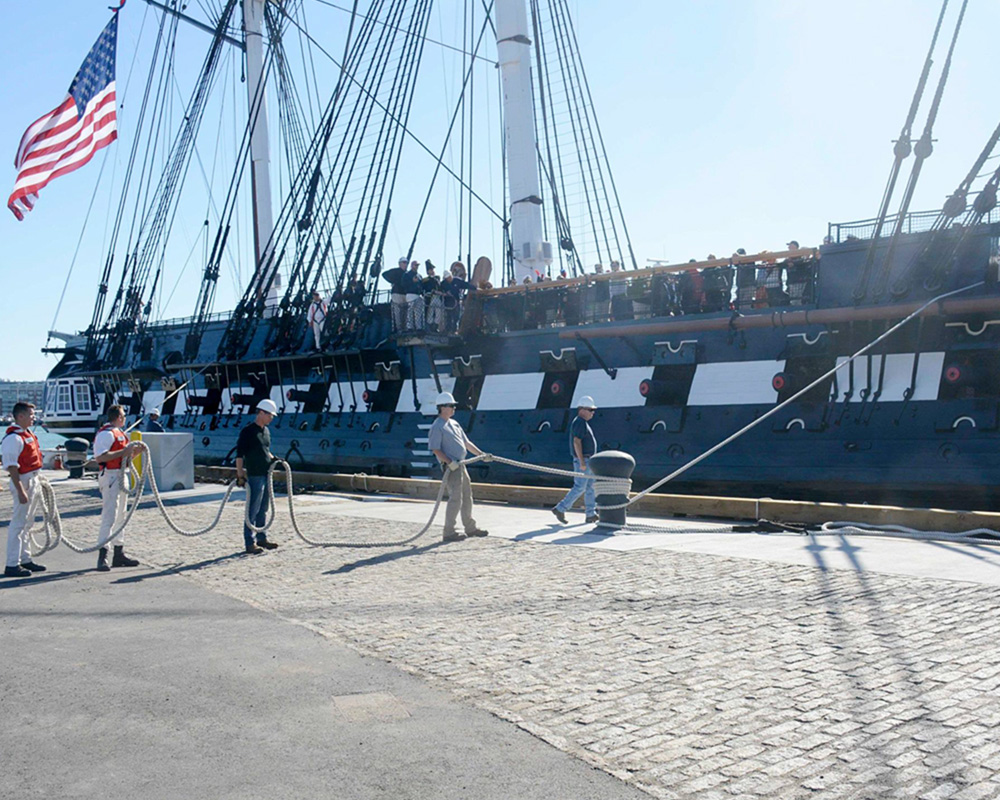 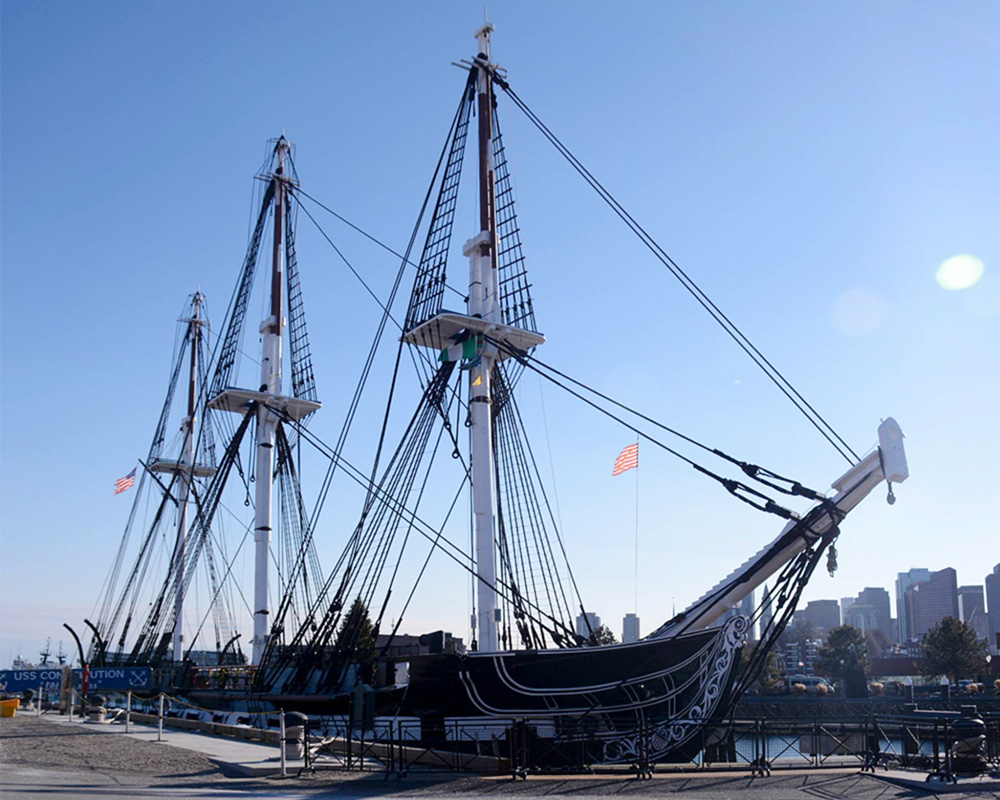