Nicknamed the “Sea Witch,” the Salem was built at the Quincy shipyard in the 1940s, and in 1949 she was commissioned to become the flagship for the Navy fleet in the Mediterranean during the first decade of the Cold War. After being donated by the US Navy to the city of Quincy in 1992, the ship was moved from Philadelphia to Quincy. In 1995, the Salem was restored and re-commissioned as a member of the Historic Naval Ships’ Association and is now the centerpiece of the US Naval Shipbuilding Museum at Quincy Shipyard.

Plans were approved by the Quincy Conservation Commission and the MassDEP to install pilings for docking the USS Salem at the new wharf. Due to the poor condition of the original pier, the Commission gave the plans emergency approval in April 2016. 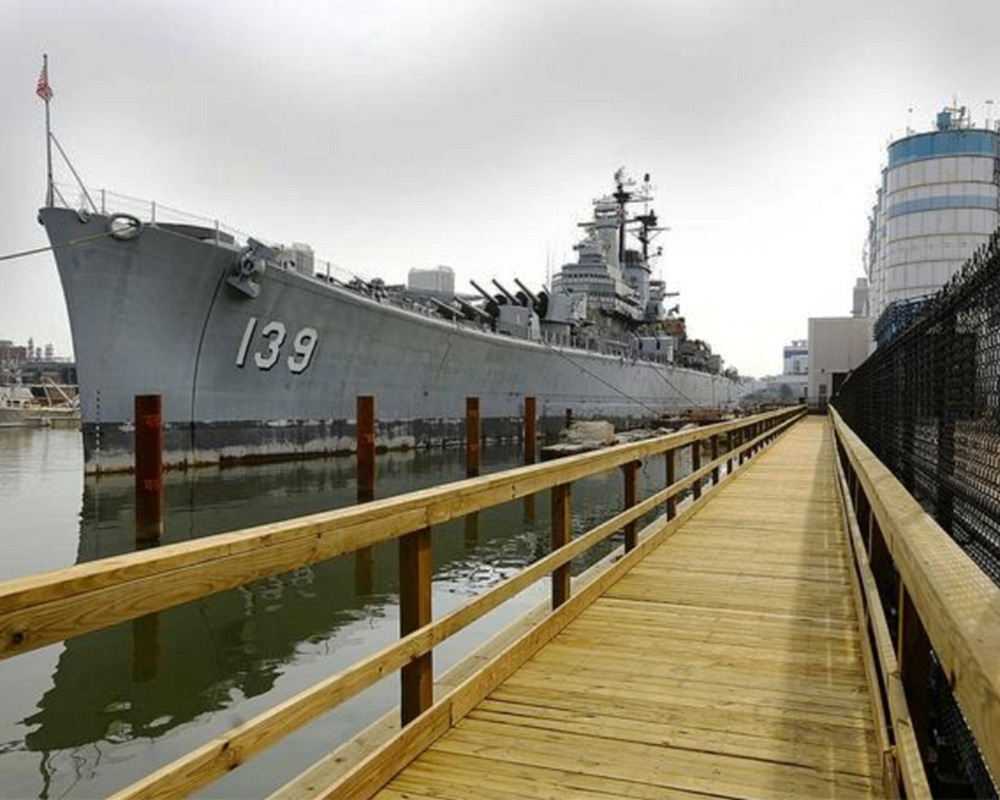 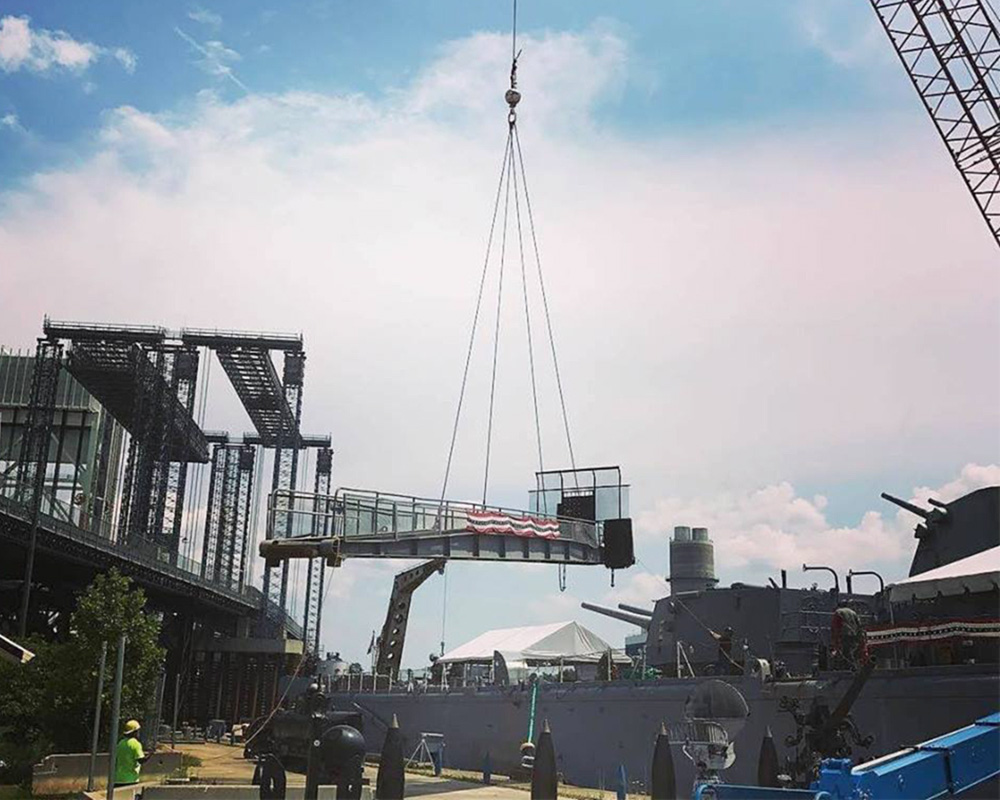 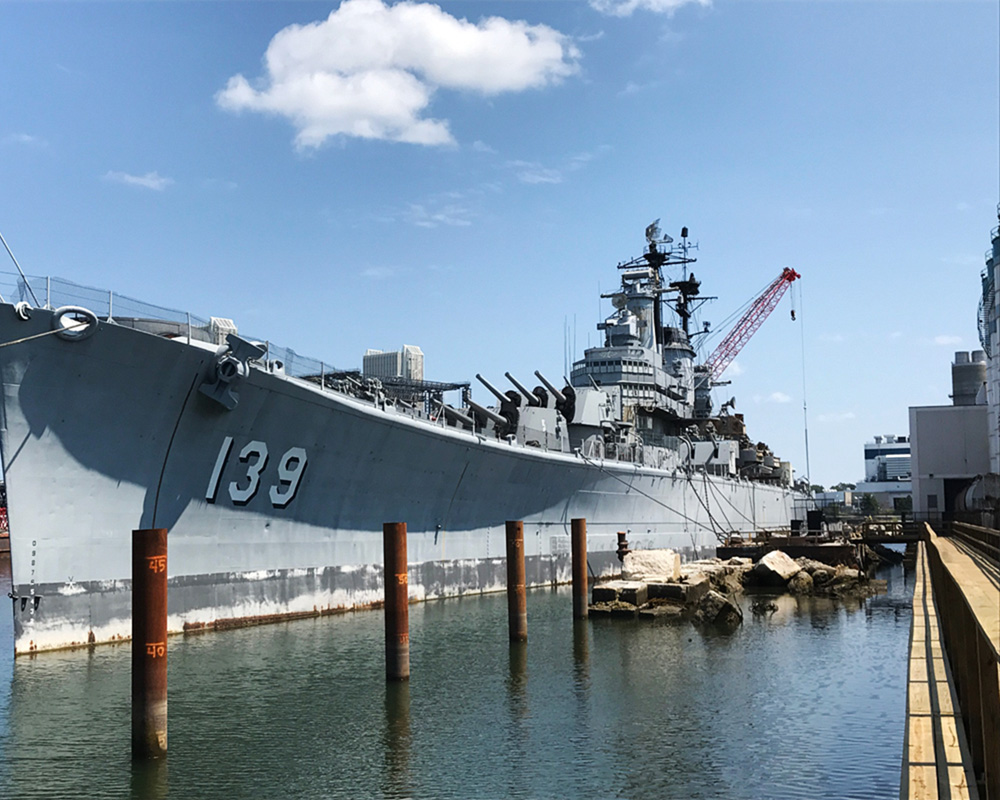 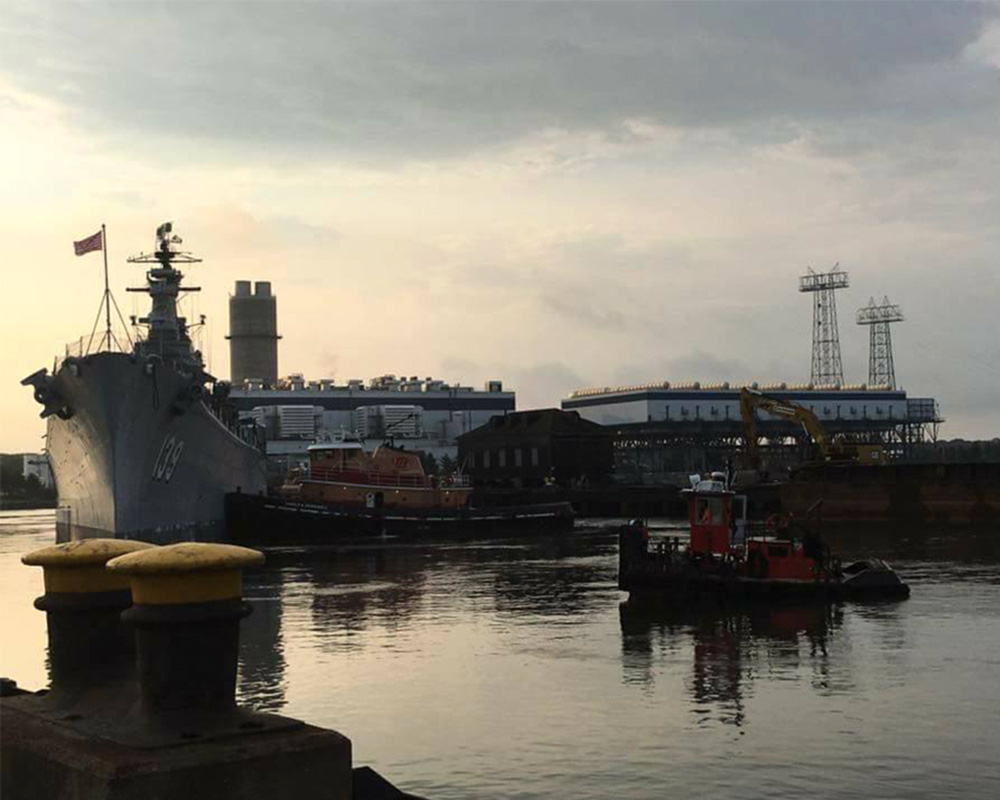 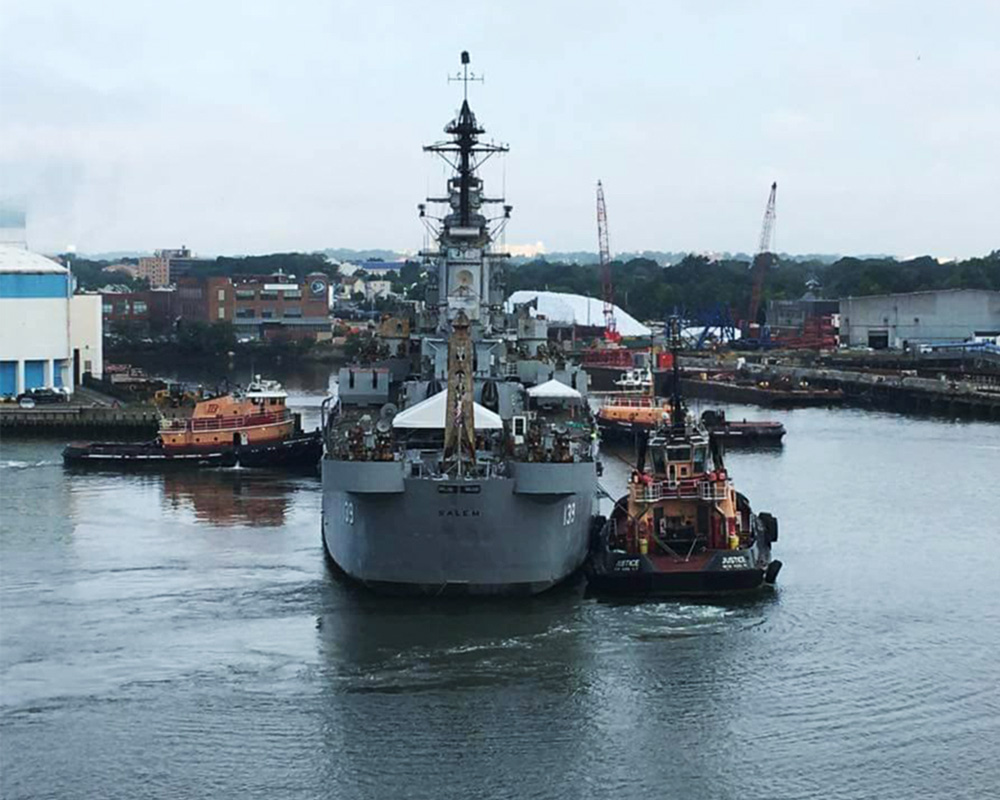 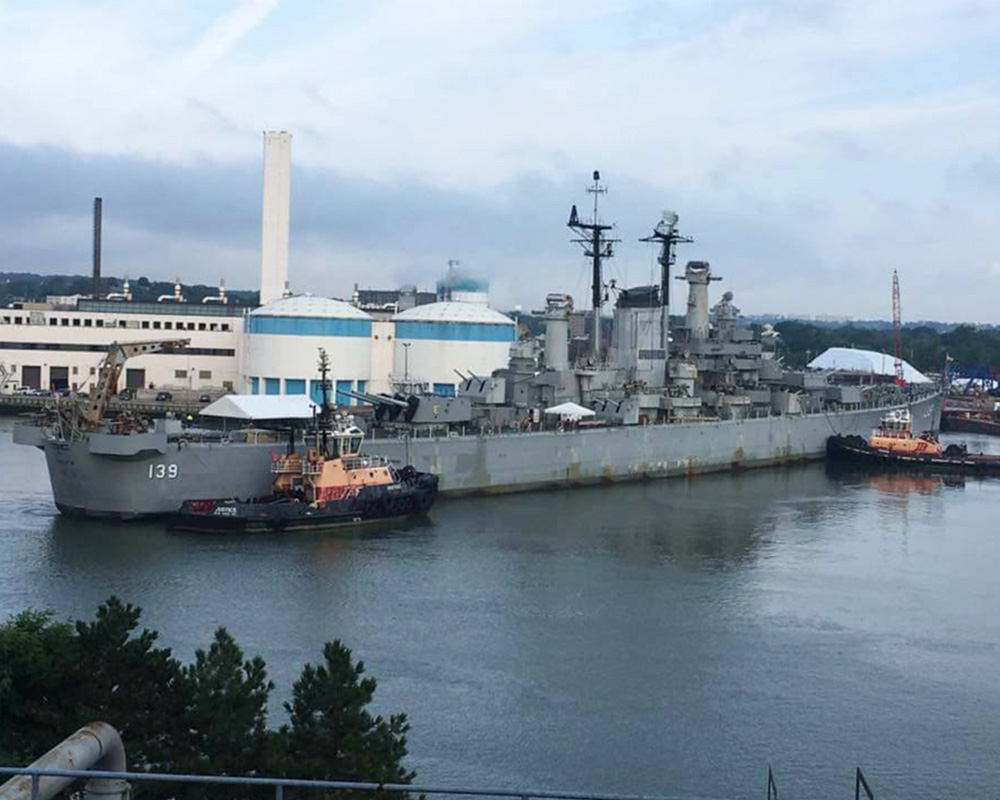